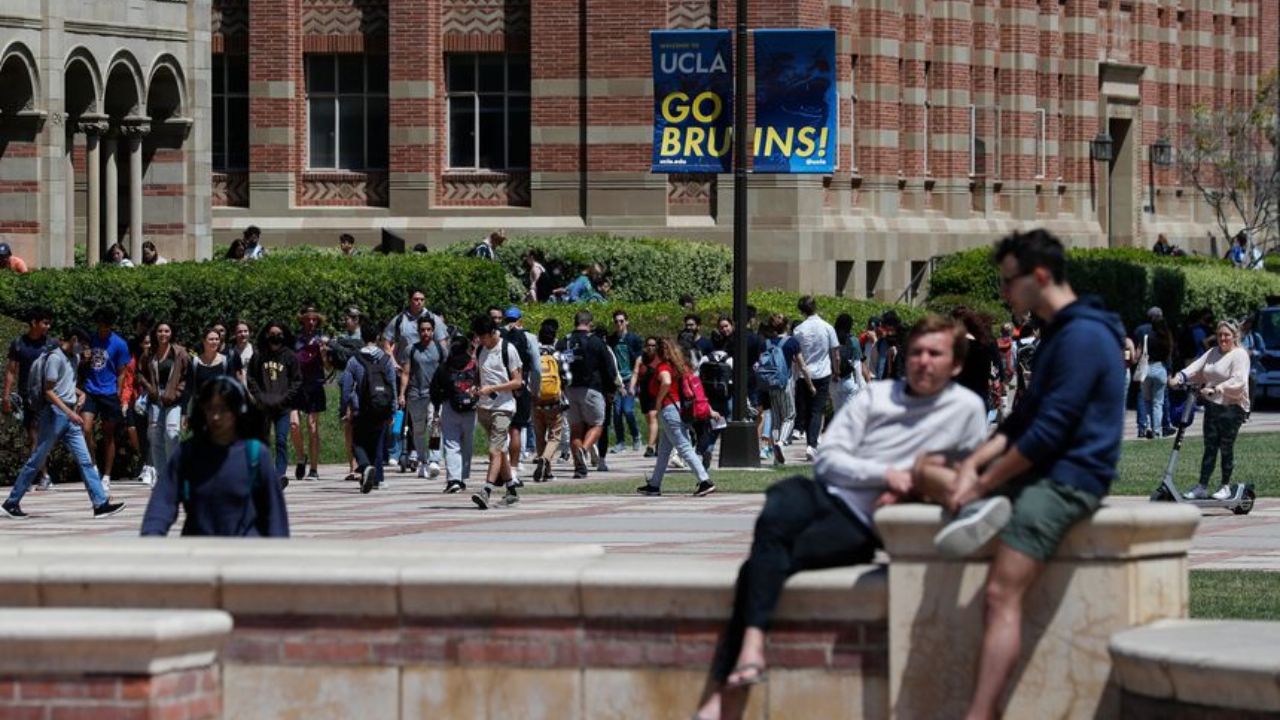 Dozens of the nation’s top universities are falling short on their goals to enroll more lower-income students—and many are actually losing ground, despite major investments in financial aid, recruiting and academic support, according to a recent report detailing enrollment trends.

More than 125 colleges, including all eight members of the Ivy League, the University of Michigan and the University of Texas at Austin, have signed on to the American Talent Initiative, a campaign established in 2016 that aims to increase by 50,000 the number of lower-income students who enroll at high-performing schools by 2025.

They added just 7,713 such students between 2015 and 2021, the initiative’s progress report found, with early gains partly wiped out during the Covid-19 pandemic, when overall enrollment declined nationwide.

In the 2021-22 school year, the 127 schools that provided data for the report enrolled 292,367 undergraduates who received federal need-based Pell Grants, which serve as a common proxy to measure lower-income student enrollment. That was down by about 500 from the prior year, and off the 2018 peak of 299,084.

The recent decline “is just a testament to how challenging the last two years have been, especially for economically vulnerable communities,” said Tania LaViolet, a director at Aspen Institute’s College Excellence Program who co-leads the ATI program.

The American Talent Initiative is backed by Bloomberg Philanthropies, the Aspen Institute and nonprofit advisory firm Ithaka S+R and gathers college presidents to share ideas about what is working, conducts research on new recruiting and enrollment efforts and provides grants for schools to pursue promising approaches to boost enrollment by lower-income students. Its aim to enroll 50,000 more such students targets roughly 340 colleges with consistent graduation rates above 70%, though not all are members of the initiative.

Using Education Department data, the American Talent Initiative report said the 200-plus nonmember schools with high graduation rates gained about 800 Pell recipients between 2015 and 2019; figures for the most recent two years weren’t available.

There isn’t a clear pattern in which types of schools are proving more successful at enrolling low-income students, with mixed results at public and private, big and small, urban and rural universities.

Officials at ATI member schools have focused their efforts on increasing scholarship aid, recruiting more aggressively in low-income communities, opening the door to more community-college transfer students and providing academic and other support to ensure those already enrolled make it to graduation.

UCLA spokesman Ricardo Vazquez said the decline was due in part to competition from private universities with robust financial-aid packages. He said the school launched a new scholarship program this year for low-income students, and now keeps tuition flat for up to six years after a student enrolls, which could help families plan their budgets from the outset.

Mr. Vazquez also said UCLA is optimistic its philanthropic efforts will boost need-based scholarships “in the near future.”

At Allegheny College in Pennsylvania, the number of students who got Pell Grants fell by nearly one-third between 2017 and 2021, to 410 students, or 27% of undergraduates. Overall enrollment declined by 13% in that period, according to school data.

Allegheny shrunk its enrollment intentionally, but is now meeting a greater share of students’ financial need, said Allegheny’s vice president for enrollment, Ellen Johnson. In part because of the added financial support, the graduation rate for Pell recipients has increased—and even topped that for students without Pell grants last year, she said.

“We’re not just having students arrive here but ensuring that they can graduate,” Ms. Johnson said, adding that Allegheny continues to honor its ATI pledge to keep its proportion of Pell recipients at or above 25%.

ATI asked member schools to formally recommit to their efforts in 2021; of 133 schools involved at the time, 125 did. A few more have since joined the ranks, including the University of Florida.

That school had posted multiple years of declines in enrollment by Pell Grant recipients, but last year it boosted publicity of an existing program that supports first-generation and low-income students, funneled more money into financial aid, and personalized aid letters to make clear to parents the school was affordable.

Colby College in Maine more than doubled its enrollment of Pell students to 345 between 2015 and 2021.

President David Greene said the school has recruited students through community and youth organizations, and he has urged the admissions office to consider different measures of success when assessing applicants. For instance, a student may have strong but not perfect grades, while also working 40 hours a week.

Colby has also doubled its financial-aid budget over the past five years and simplified its messaging around scholarships: Students from families earning $75,000 or less won’t need to contribute to tuition, room or board, while those earning up to $150,000 will have a maximum cost of $15,000 annually.

Financial aid is probably the most confusing and off-putting thing for many low-income students and their families, Dr. Greene said.

Dr. LaViolet said, “Based on the commitments that presidents have made and based on what we’re seeing in terms of concrete strategies and investments, we’re highly encouraged and cautiously optimistic that we’re turning the tides.”