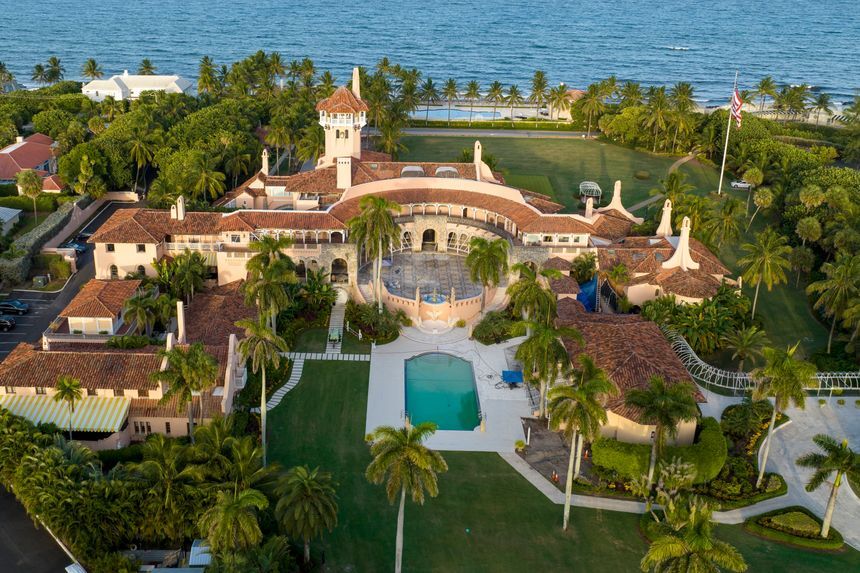 Boxes recovered from Donald Trump’s Florida home in January contained more than 700 pages of classified material, including documents marked as extremely sensitive, according to correspondence between the National Archives and the former president’s legal team.

The letter, written by Acting Archivist of the United States Debra Steidel Wall and dated May 10, shows that months before the Aug. 8 Federal Bureau of Investigation search at Mar-a-Lago, the intelligence community and the Justice Department had become alarmed by Mr. Trump’s handling of presidential records, which by law are the property of the government.

In her letter to Mr. Trump’s lawyers, Ms. Wall said the National Archives and Records Administration (NARA) would allow the FBI to access 15 boxes transferred from Mar-a-Lago to the archives in January. She wrote that those boxes contained more than 100 documents with classification markings, comprising some 700 pages.

The archives confirmed the authenticity of the letter and posted it on its website on Tuesday.

Special Access Programs are some of the most closely held government secrets, typically relating to extremely sensitive operations abroad or technological capabilities and generally accessible only in specially designed Sensitive Compartmented Information Facilities, or SCIFs.

The letter was part of an extensive exchange over the course of the previous year between the archives and the former president’s lawyers about the disposition of records from the Trump White House. Additional documents were recovered in early June, when Mr. Trump’s lawyers met with investigators at Mar-a-Lago, and this month’s search of the property recovered 11 sets of classified documents.

The FBI agents who searched the home on Aug. 8 found highly sensitive and classified documents lying in unsecure places outside the storage room that Justice Department officials had earlier asked to be better secured, people familiar with the matter said.

At least one person familiar with the location of the documents at the complex had alerted investigators, the people said, heightening what officials thought to be the need for agents to take the step of seizing them.

According to the May letter, Mr. Trump sought to make an executive privilege claim over the documents handed over in January. That claim was rejected by the National Archives after consultation with the Justice Department and President Biden’s White House lawyers. Executive privilege is a legal doctrine that protects the confidentiality of some White House communications.

The letter was first posted Monday night on the website of John Solomon, a conservative commentator whom Mr. Trump named in June as one of his interlocutors with the National Archives.

Mr. Trump, who has dismissed the document battle as politically motivated, reacted Tuesday morning on his social-media platform, focusing on references in the letter to the Biden administration’s involvement.

“The White House stated strongly that they were NOT INVOLVED, and knew absolutely nothing about, the political Witch Hunt going on with me, & that they didn’t know anything at all about the Break-In of Mar-a-Lago,” Mr. Trump wrote. “This was strongly reiterated again & again. WRONG!”

The letter indicates that the White House left it up to NARA to decide on Mr. Trump’s privilege claim.

“The Counsel to the President has informed me that, in light of the particular circumstances presented here, President Biden defers to my determination, in consultation with the Assistant Attorney General for the Office of Legal Counsel, regarding whether or not I should uphold the former President’s purported ’protective assertion of executive privilege,’ ” Ms. Wall wrote, adding that she determined not to do so.

The White House didn’t respond to requests for comment.

Mr. Trump said he declassified broad sets of records, but there is no documentation of that. He filed a lawsuit Monday seeking the appointment of a special master to review the materials seized by the FBI and asked a judge to order investigators to immediately stop examining the items.

Mr. Trump’s lawsuit was assigned to U.S. District Judge Aileen Cannon, a Trump appointee, who on Tuesday asked Mr. Trump’s lawyers to file a supplemental brief before Friday clarifying “the precise relief sought” and “the asserted basis for the exercise of this Court’s jurisdiction.”