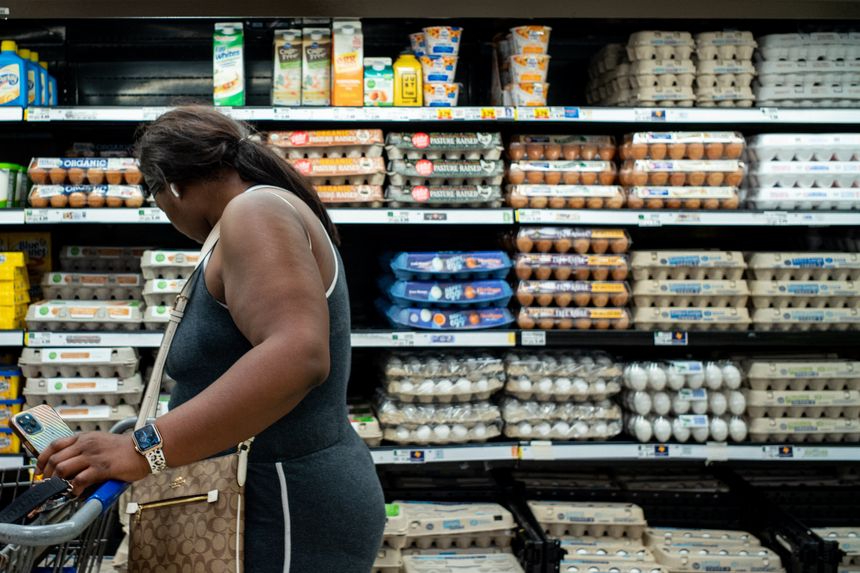 Middle-income households in 2022 have seen inflation eat into a greater share of their incomes compared with low- and high-income households, according to a report released Thursday by the nonpartisan Congressional Budget Office.

The report’s analysis considered an average basket of goods and services purchased by households in each fifth of the income distribution in 2019, before large shifts in consumption patterns during the Covid-19 pandemic. It found that households in the second, middle and fourth income quintiles have seen the share of their income—derived from labor, business and other nongovernmental sources—that would purchase that basket increase in 2022. Meanwhile, households in the lowest and highest quintiles have seen their share of their income that would purchase the basket fall this year.

The dynamic reflects prices that grew faster than middle households’ incomes this year, the report found. Households in the lowest- and highest-income quintiles have seen incomes grow faster than prices.

Annual inflation has hovered in recent months above 8%, the highest levels in roughly 40 years, with sharp price increases for a range of items, including staples such as food, shelter and gas.

The Federal Reserve is mounting an aggressive campaign to lower inflation, which is expected to slow economic growth and bring higher unemployment. Still, the U.S. employment landscape has remained resilient, with lower-wage earners in particular seeing benefits from a tight labor market where open jobs far outnumber available workers.

The CBO report found that the trend this year was the opposite of that between 2019 and 2022, when the lowest-income households saw the share of their income needed to buy the 2019 basket increase, while other income quintiles saw decreases.