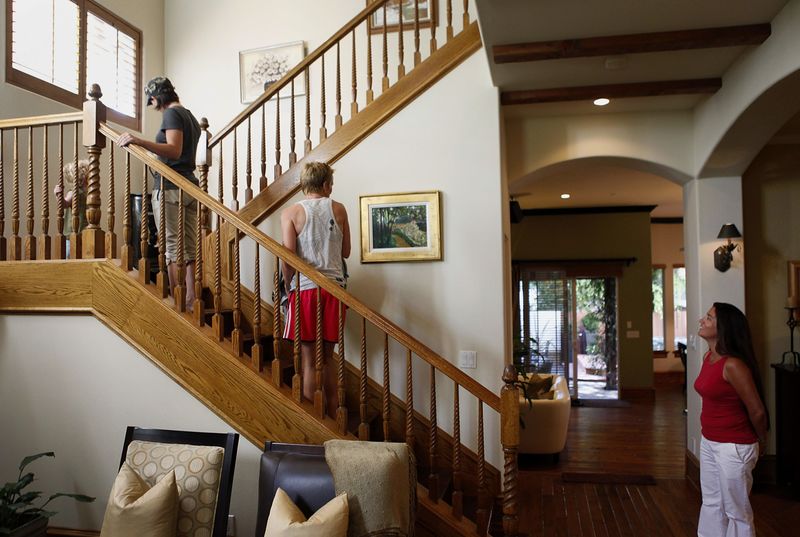 US mortgage rates jumped again this week, extending a steep climb that is shutting some would-be homebuyers out of the market.

Rates tracked yields for 10-year Treasuries, which last week reached 3% for the first time since 2018. US consumer prices rose more than forecast in April, signaling the Federal Reserve will need to be aggressive in its efforts to contain inflation. As the Fed raises benchmark interest rates, mortgage costs are expected to follow.

In what’s traditionally the housing market’s busiest and most competitive season, higher rates will put more pressure on buyers to seal deals before loans get even more expensive. Others are delaying home searches after calculating that they can’t afford bigger mortgage bills.

The many cash buyers in the market, including downsizers and property investors, aren’t rate sensitive, so they’ll continue to make purchases even as first-time buyers pull back, said Greg McBride, chief financial analyst at Bankrate.com.

“The run up of mortgage rates since beginning of the year has the same impact on affordability as an increase in home prices of more than 20%,” McBride said. “It will certainly temper demand as many would-be homebuyers are priced out. But rising rates won’t turn this into a buyer’s market as long as inventory remains as low as it is.”

Adjustable-rate mortgages are becoming more popular as a cheaper option. Last week, ARMs — with variable interest rates that reset based on the market at predetermined times — accounted for the biggest share of home-loan applications since 2008, data from the Mortgage Bankers Association show.