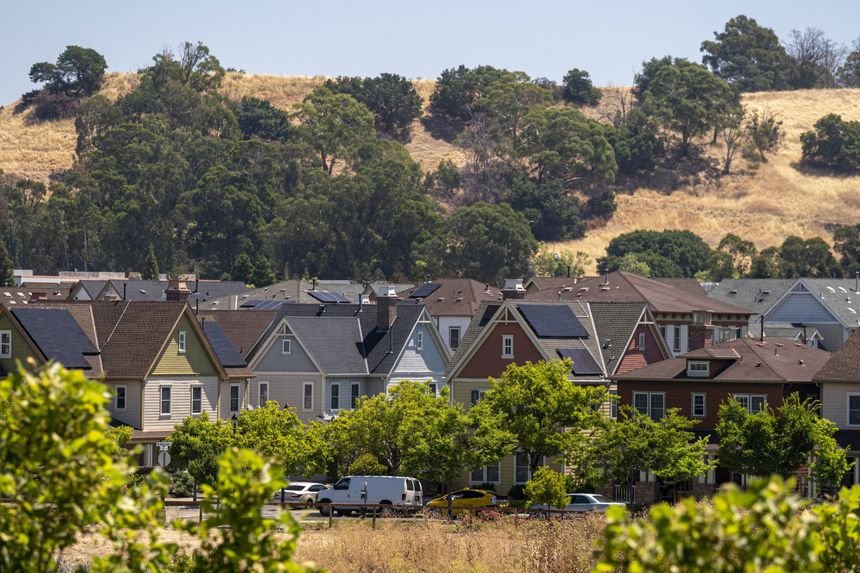 Mortgage rates jumped to the highest level since June, adding pressure to the fast-cooling housing market.

The average rate on a 30-year fixed mortgage climbed to 5.55% this week, according to a Freddie Mac survey of lenders released Thursday. That is nearly double the rate on offer a year ago, though it is down slightly from June levels, which were the highest since 2008.

The higher mortgage rate is causing some prospective buyers to shelve purchase plans, real-estate agents say, because it adds hundreds of dollars or more to the monthly cost of owning a home. Sales of existing U.S. homes fell for a sixth straight month in July, the longest stretch of declines in over eight years.

Elevated mortgage rates are also posing a financial threat to mortgage companies that revolve around refinancing homeowners into lower-rate loans. Some lenders are losing money, laying off employees or closing shop.

For much of the past decade rates had been near record lows, prompting a flurry of mortgage refinances that drove borrowing to records in 2020 and 2021.

But lean times for the mortgage market arrived when the Federal Reserve began lifting its key policy rate this year. The central bank has been trying to combat rapid inflation, which has shown up in particular in the rising cost of homes.

Mortgage rates typically track changes in the benchmark 10-year Treasury yield, which has traded above 3% for much of this week.