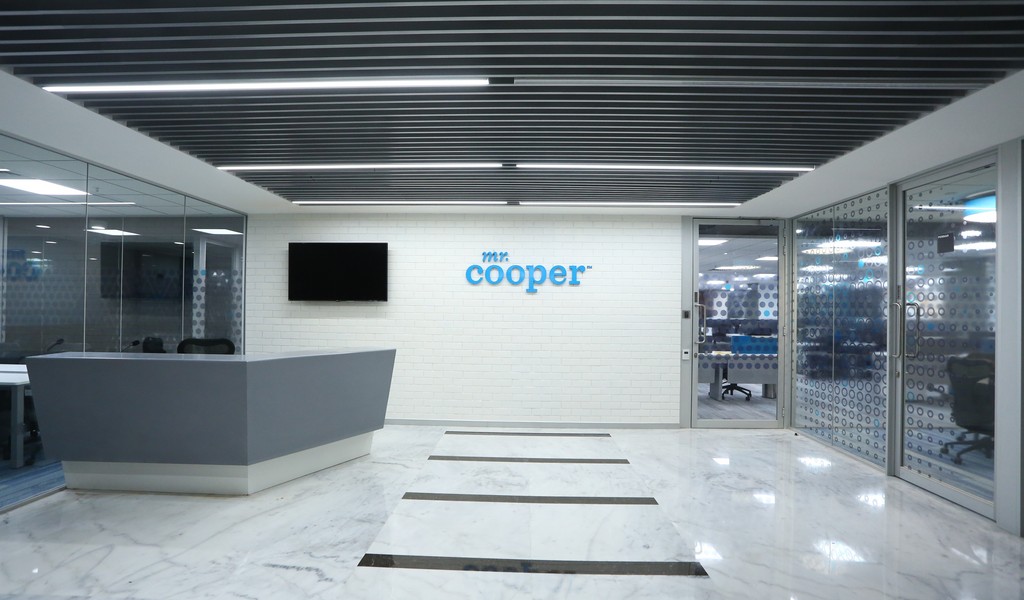 How is Mr. Cooper group benefiting from the interest rates increase?

A 30-year loan is averaging 3.5%, up from 3% just last month. If rates keep rising as the Federal Reserve tightens monetary policy, housing stocks will struggle as home loans grow less affordable. The outlook doesn’t look great for mortgage originators either, with volumes likely to fall.

But one mortgage company could be a winner: The company, rebranded from Nationstar Mortgage in 2017, originates loans like other housing lenders. But about half its revenue comes from servicing—processing payments, handling escrows, and dealing with loan issues. Cooper earns a higher percentage of its revenue from servicing than any other major mortgage company. And the business gains value in a rising-rate climate—boosting the asset on Cooper’s balance sheet.

Cooper’s stock, at around $42, is up 3% this year, outperforming pure-play mortgage issuers like Rocket Cos. (RKT), which is down 6%.

Cooper’s stock could just be gaining momentum. Its book value should keep rising, with gains in its mortgage service rights, or MSRs. The stock trades at less than ones times book value, a relatively low multiple. Cooper also owns an auction platform for foreclosed properties, called Xome. Inventory on Xome is picking up, since a federal moratorium on foreclosures expired last summer. Cooper aims to sell Xome once it recovers. Analysts estimate that it could fetch $750 million to $1 billion—roughly 20% to 30% of Cooper’s market cap of $3.2 billion.

Based in Dallas, Cooper is the largest nonbank mortgage servicer in the country and fourth-largest overall. The firm handles payments for 3.5 million customers, with balances of $668 billion on their loans. Cooper aims to reach $1 trillion in servicing balances over the next three years through a mix of refinancing existing customers, issuing new loans, and buying mortgages from other firms. After Cooper issues a loan, it sells it to a government agency like Fannie Mae or Freddie Mac ; they bundle loans into mortgage-backed securities. Cooper retains the servicing rights, typically worth a quarter-percentage point of a loan’s interest rate.

Cooper’s MSRs are its crown jewels in a rising-rate climate. Higher rates shrink the pool of borrowers who opt for refinancing into cheaper mortgages. That creates a longer lifespan for servicing rights, extending their cash flows. “Our MSRs are clearly going to increase in value as rates go up,” says Bray. Rivals like Rocket derive only about 5% of total revenue from servicing, against 50% for Cooper.

Cooper’s MSRs are worth $3.7 billion. They should gain $200 million for every quarter-point increase in mortgage rates, according to company filings. “These changes in rates can be a huge tailwind for the value of MSRs,” says Ben Schweitzer, a portfolio manager at Ellington Management, a hedge fund that owns the stock.

Xome, meanwhile, should rebound as the foreclosure pipeline picks up. Cooper estimates that Xome, which hasn’t generated profits for months, could produce $50 million of pretax earnings this year and $150 million in 2023. Cooper sold a title business for $500 million in 2021, and Bray expects Xome to fetch “considerably more.” Estimates vary widely, but in a bull-case scenario, valuing the asset at 10 times estimated 2023 earnings of $150 million, it would be worth $1.5 billion, said Gaby Medonza of One West Realty International.

Cooper does face obstacles. Rising rates are likely to depress mortgage originations and profits on loan sales to Fannie Mae and other agencies. Analysts expect revenue to fall 31%, to $2.3 billion, and earnings to slide 34%, to $5.61 per share, in 2022, according to consensus estimates.

Yet Cooper could also snap up MSRs as the market gets tougher, pressuring loan issuers to sell the rights at discounts. “We’re seeing that happen as we speak,” says Bray. MSRs should reach 60% of revenue in the next year. And, says Bray, “We have a war chest with significant capacity to buy back shares and assets.”

Compass Point Research analyst Giuliano Bologna sees Cooper’s book value at $62 at the end of 2023. By then, he estimates, Cooper will have $1.5 billion in excess capital, not including a sale of Xome. If Xome fetches $700 million, the company could be sitting on $2.2 billion of excess cash above working capital and reserve requirements. “The amount of capital it’ll be able to generate is extremely large in relation to its market cap,” he says.

Piper Sandler analyst Kevin Barker calls Cooper his top pick with a $60 price target. “It’ll be more sensitive to rising rates than nearly every other mortgage company,” he says. Xome could be worth $16 per share in a sale, he estimates, pushing Cooper’s book value up to $66 by 2023. At his $60 target, the shares would still trade below book, assuming the stocks rises with the company’s asset value.

The market may be unwilling to look past the hit to Cooper’s earnings and revenue as rates rise. And investors may need to see more gains in asset value before pushing shares higher.

One hedge fund manager is betting that Cooper’s book value will continue to rise. “They’re very sharp guys, and I wouldn’t be shocked if the company were sold at a big premium to the current share price,” he says. “It’s a cheap stock in an expensive market.”

More: Get a copy of your free credit report at Chireo Credit Restoration.