Must the US Kiss Latin America Goodbye? 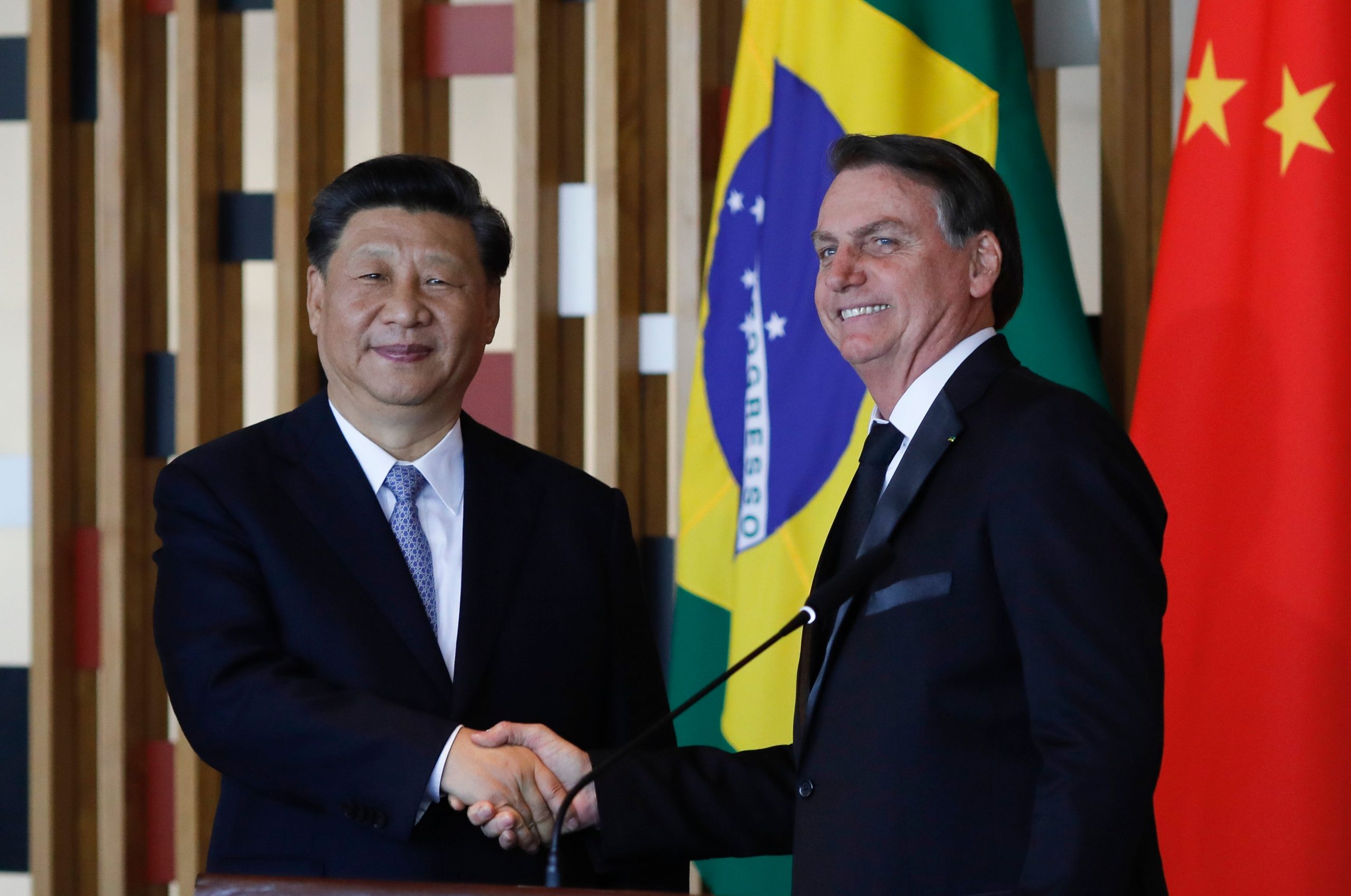 In mid-October of last year, the government of Chile awarded a $205 million contract to a Chinese-German joint venture to produce the country’s IDs and passports over the next decade. A few days later, the US Department of Homeland Security showed up. By mid-November the contract was annulled.

This turn of events hardly rises to Cold War levels of American interference. It’s been 20 years since the US last supported a coup d’etat in Latin America. Still, the canceled passport contract offers a clue about how uncomfortable the US has become over the deepening involvement of China in what it long considered its backyard.

The DHS officials were in Santiago just to “evaluate the country’s eligibility and its permanence in the Visa Waiver Program.” Chile is the only country in Latin America with this privilege. Staying on the program, however, would be difficult, evidently, if China had access to Chileans’ passport data.

“There is a high level of probability that the visa waiver program with the United States – and probably with Canada – will come to an end” if Chile pursued the contract with the China-led consortium, the director of the civil registry acknowledged in declaring the contract canceled.

Carlos Ominami, who was minister of finance in the early 1990s, in the first democratic government following nearly three decades of a US-backed dictatorship, could not fail to notice: “The pressure from the United States has started,” he told me.

Washington’s queasiness about China’s forays into the Western Hemisphere has been apparent for some time. In March the Senate held a hearing on China’s influence in the region. “The Chinese Communist Party is actively exporting its governance model across the hemisphere,” warned Senator Marco Rubio at the time.

The skirmish over Chilean passports comes after Washington also played a role in Chile’s decision to nix a plan for China’s Huawei to build a trans-Pacific undersea cable to connect Valparaiso to Shanghai, ultimately opting for the Valparaiso-Sydney route offered by Singapore-based BW Digital. US misgivings have also flared up over Argentina’s decision to let China build its new $8 billion nuclear power plant, Atucha III.

The problem for the US, as it marks out territory, hoping to pull Latin America onto its side in its standoff against the new geostrategic rival, is that much of the region has slipped out of its orbit.

The new attention from its northern neighbor comes as a bit of a surprise to a region that – for good and for evil – was largely neglected by the US after the Cold War ended, the War on Terror began and the Asia-Pacific rim emerged as a more vibrant economic region.

But it’s hardly a surprise that Latin American nations sought opportunities elsewhere. Mexico, perhaps, was too close to the US to be at risk of drifting away, tied by links built over 30 years of Nafta. Pretty much every other country in the region saw China, with its wads of money and its hunger for raw materials, as a godsend.

In 2019, before the Covid pandemic hit, Brazilian exports to China totaled $63 billion, more than double its exports to the US, according to World Bank data. Measured in dollars, China took in 65% more exports from Argentina than the US did, and 83% more worth of Chilean products.

While American investments in the region are still substantially bigger, China is making up for lost ground. Since 2010 Chinese firms have invested $64 billion in Brazil, $25 billion in Peru, $16 billion in Chile and $11 billion in Argentina, according to the China Global Investment Tracker kept by the American Enterprise Institute and the Heritage Foundation. And they are building – and financing – infrastructure from Bogota’s subway to South America’s largest solar power plant in Jujuy in Northern Argentina.

This position is not an entirely comfortable one for Latin American countries. To be courted by both Washington and Beijing means that they will inevitably disappoint one or the other. And though they value the Chinese economic ties, they have little interest in becoming part of a pro-China block. “We are closer to the US in terms of human rights and military matters,” Ominami said. Indeed, Latin America’s military brass all came to the US to train.

The new links with China raise other tricky risks. On the one hand, China is no longer buying as much copper and iron ore and soybeans as it used to. If its economy keeps slowing it is likely to buy less. On the other, though, if China continues to buy up commodities at scale it will complicate the perennial regional goal, always slightly out of reach, of developing a sophisticated industrial economy.

Massive commodities exports to the Asian giant have already hindered the development of a manufacturing base. They have buoyed the region’s currencies and stunted their industrial competitiveness.

For instance, raw materials’ share of Brazil’s exports increased from a quarter to about half between 2000 and 2019, according to World Bank data, even as manufacturing’s share fell from nearly 60% to less than a third.

But if managing China and the US won’t be a walk in the park for Latin American nations, the situation also poses the vexing question in Washington: How to respond?

A good place to start would be for the US to re-engage with its neighbors in the Western Hemisphere, offering an alternative to the Chinese opportunity in terms of trade and investment. Latin American countries would seem natural candidates to host some of the value chains that policy makers in the US want to yank away from China. But just as Beijing has greased its relationships by offering to finance investments in infrastructure from Patagonia to the Atacama desert, Washington has to offer real carrots – financing, market access – if it hopes to reshape globalization to its advantage.

The question is whether the US can deliver. A Biden administration that appears to have committed to no more trade deals that improve access to the US market is entering the fray with its hands tied.