No Government Money, No Problem for Moderna and Pfizer 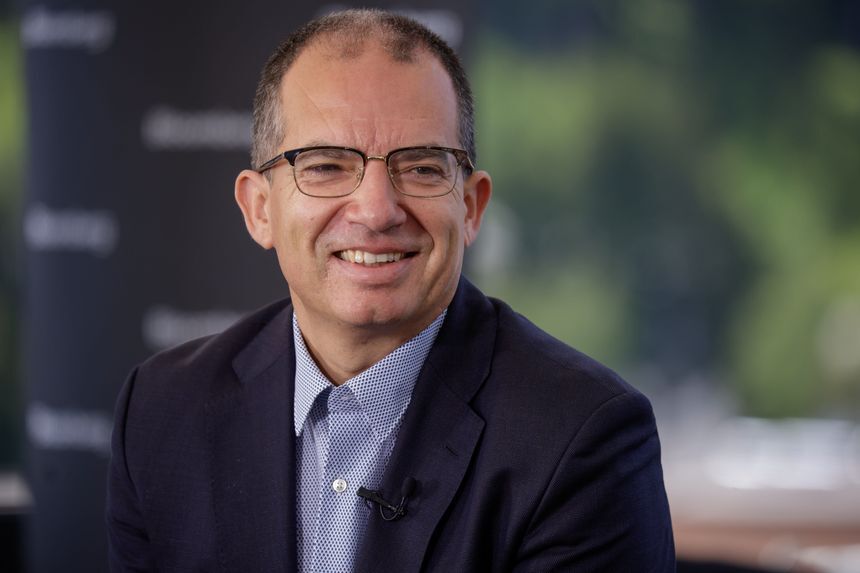 Congressional gridlock on Covid-19 funding won’t be a bad thing for manufacturers, which will charge a higher price in the private market

A Food and Drug Administration committee will meet Tuesday to discuss how to move forward with the next generation of vaccines ahead of a booster campaign this fall. Paying for them is another matter.

Congress has so far failed to approve additional funding for the shots—bad news for the U.S. population at large, but not bad at all for vaccine makers. They will just charge higher prices in the private market. The White House already is preparing to ration its vaccine supply to the most vulnerable Americans, according to White House coronavirus coordinator Dr. Ashish Jha. For Moderna, the first manufacturer to release data for an updated vaccine based on the Omicron variant of Covid-19, this could herald a new phase of the pandemic.

“Either the government will find the money or we will go to the private market,” said Chief Executive Officer Stéphane Bancel in an interview. “There’s no way Moderna won’t be there for the U.S. booster campaign this fall.”

While the companies are encouraging Congress to approve more funding, Mr. Bancel has said insurer reimbursement per dose could be $60, or more than three times what they get from current government contracts. The higher price could more than make up for fewer shots given. Selling the vaccine through the regular distribution channel will be an opportunity for Wall Street to suss out just how large the market may be going forward, said Louise Chen, an analyst at Cantor Fitzgerald who covers Pfizer.

“It will give more earnings visibility into the next few years,” she said. “Will there be a step down in sales? Will the price make up for a lower uptake?”

Regardless of how the vaccines wind up being funded, Moderna, Pfizer and BioNTech, the only manufacturers of cutting-edge mRNA vaccines approved in the U.S., are still very much in the driver’s seat and are likely to dominate the fall booster campaign. In the longer term, things could get trickier.

For one, there is the inevitability that the virus will continue to mutate. Ahead of the FDA meeting, Moderna released data showing that a 50-microgram dose of its bivalent booster—containing components of both the original Covid-19 vaccine and an Omicron variant vaccine—improved the antibody response against Omicron. Subsequent data released by Moderna showed that the response was lower against the current Omicron subvariants BA.4 and BA.5, though it was still strong.

Data released by Pfizer on Saturday also showed a high immune response to its Omicron-adapted vaccines. But as in the case of Moderna, protection declined against the newer subvariants. Sooner or later, the companies might have to further repurpose their vaccines.

“It becomes a game of whack-a-mole,” said Ted Tenthoff, an analyst at Piper Sandler. “As the virus evolves away from Omicron, you will have less immunogenicity.”

Then there is the question of how long the market will continue to be dominated by the companies. Cantor’s Ms. Chen sees demand for the Pfizer vaccine staying high for the foreseeable future, particularly once a new shot that combines protection against flu and Covid-19 becomes ready. (Moderna is also working on a flu-Covid combination). Ted Ross, director of vaccine development at the Cleveland Clinic, believes the market eventually will broaden out to include several more attractive options.

“The mRNA vaccines were a great way to quickly immunize our population, but it may not be the cheapest and most effective way to vaccinate people if we have to keep doing this for years,” he said. “I do see new generations of Covid vaccines eventually coming along.”

That will cut into the established vaccine-makers’ sales. No wonder Moderna is working so hard to use its mRNA technology to broaden its business beyond Covid-19. Mr. Bancel notes that just in the latent virus market there are 10 different vaccine opportunities the company plans to target, each one of those possibly worth billions of dollars in annual sales.

For now, though, Moderna is counting on its reformulated vaccine for a sales boost whether or not Congress can get its act together.