Oppenheimer is Being Sue by Investors Over Alleged Ponzi Scheme 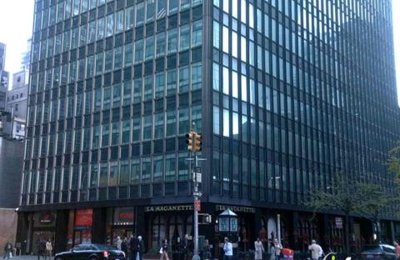 Raleigh, NC September 02, 2021 – A class-action suit claims the bank bears responsibility for a $110 million fraud an ex-employee started while working for the bank

A class-action lawsuit claims investment bank Oppenheimer & Co. Inc. was at fault for an alleged Ponzi scheme run by a former employee, which authorities say collected $110 million from unwitting investors.

A suit filed Tuesday in the United States District Court for the Northern District of Georgia in Atlanta alleges that from 2008 through 2016, a group of former Oppenheimer investment advisers, led by Marietta, Ga., resident John J. Woods, funneled the money of Oppenheimer customers into a fraudulent scheme.

Last week, the Securities and Exchange Commission accused Mr. Woods of raising millions for a fund called Horizon Private Equity III LLC, which the agency said was in fact a Ponzi scheme. The SEC alleged that during the time Mr. Woods was an Oppenheimer adviser, and after, he raised money for his scheme through a separate investment advisory firm he controlled, called Southport Capital.

The latest lawsuit alleges Oppenheimer ignored warning signs of Mr. Woods’ activities, enabled the transfer of millions of dollars of its customers’ money to the scheme, and finally, when red flags became too clear to ignore, allowed Mr. Woods to quietly resign at the end of 2016, without alerting authorities to his scheme.

Oppenheimer did not respond to requests seeking comment. In response to the earlier SEC complaint last month, an Oppenheimer spokesman wrote by email, “Oppenheimer ceased doing business with Southport Capital many years ago. Shortly thereafter Mr. Woods resigned from Oppenheimer.”

The SEC filed its suit on Aug. 20 against Mr. Woods, Horizon Private Equity and Livingston Group Asset Management, the legal name of Southport Capital. On Aug. 24, a federal court froze the assets of Mr. Woods and the Horizon fund.

In its complaint, the SEC said Mr. Woods lured more than 400 investors, many of them elderly retirees, into the purported private-equity fund by promising to make low-risk investments that would secure an annual return of 6% to 7%. Instead, the SEC alleged, Mr. Woods invested a small fraction of the money in real-estate projects, while paying out earlier investors with money raised from later ones.

The SEC said the fund now holds less than $16 million in liquid assets of the $110 million total raised.

In response to the SEC complaint, an attorney for Mr. Woods and Horizon said, “We were pleased with the Court’s decision not to place Southport into receivership or restrain its assets, and per the Court’s directive, we are working with the SEC on a proposed order.”

The attorney, David Chaiken of ChaikenLaw, didn’t reply to a request for comment Wednesday on the class-action suit.

The SEC’s civil-fraud complaint didn’t name Oppenheimer, referring only to an “institutional investment adviser” for which Mr. Woods worked through 2016. Mr. Woods’ investment-adviser registration shows he worked for Oppenheimer during this period.

The class-action suit, however, claims that on the contrary, Mr. Woods “made no effort to hide the scheme from Oppenheimer’s management.” He rented office space for Southport Capital next door to Oppenheimer’s Atlanta office, the suit claims, and for years he and other Oppenheimer employees moved freely between the two offices, and transferred client money into the Horizon fund.

In addition to the class-action suit, on Tuesday investors also filed arbitration claims against Oppenheimer with the Financial Industry Regulatory Authority, Wall Street’s self-regulatory arm. These claims ask that investors be compensated for a cumulative $1.4 million in invested principal that they say they lost.

An attorney for Southport Capital, the Chattanooga, Tenn.-based advisory firm owned by Mr. Woods, said the firm has changed its leadership and intends to defend itself against the SEC’s allegations.

“We remain deeply concerned about the allegations of concealment and wrongdoing at the hands of our former CEO and Horizon Private Equity, a company Southport has never engaged to provide asset management services for its valued advisory clients,” wrote an attorney for the firm, which managed about $824 million at the end of last year.