Pelosi Is Expected to Visit Taiwan, Ramping Up US-China Tensions 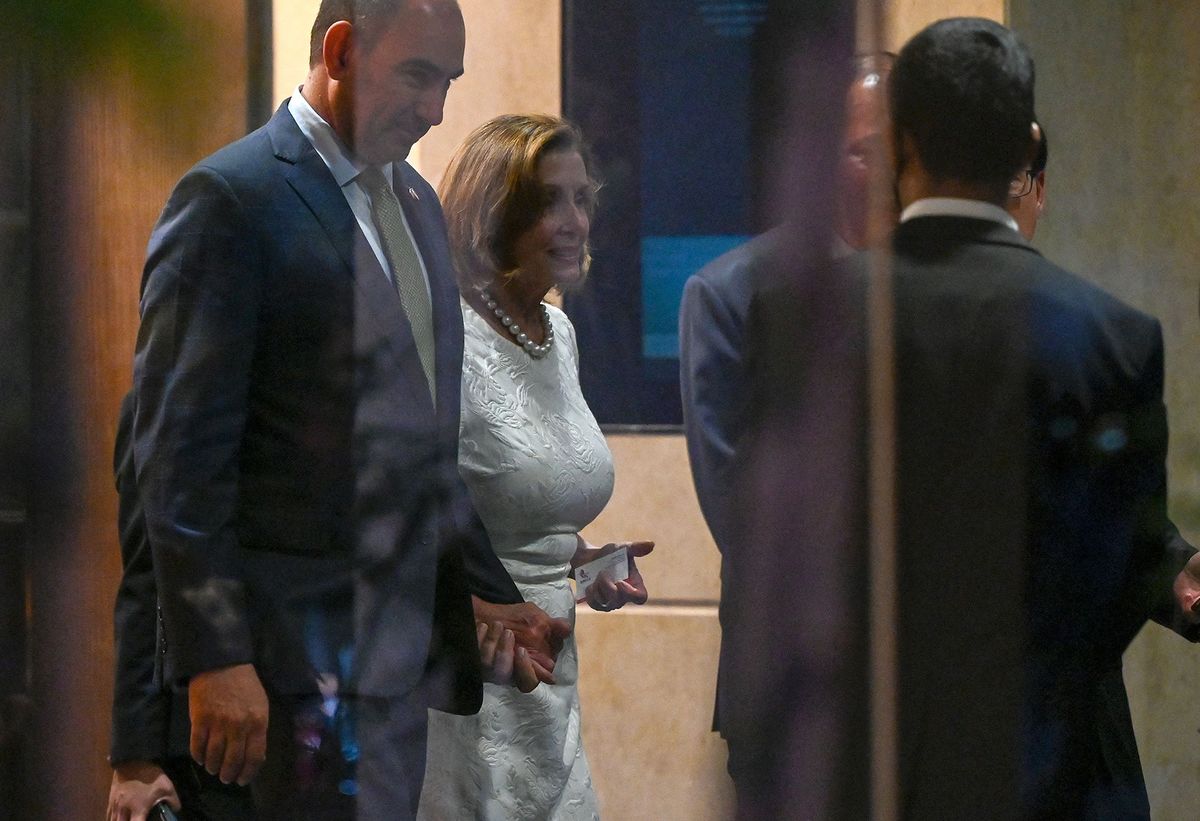 US House Speaker Nancy Pelosi is expected to visit Taiwan on Tuesday, defying Chinese authorities who have warned of consequences if the trip takes place, according to people familiar with her plans.

It would be a landmark move by a US official and raise the risk of a military confrontation given China views Taiwan as its territory. Pelosi would become the first sitting speaker since Newt Gingrich to go to the island in 25 years. One person said a meeting with President Tsai Ing-wen is on Pelosi’s schedule for Wednesday, although another person said such a meeting is still in flux.

The news was first reported by the Liberty Times, one of Taiwan’s pro-ruling party newspapers.

Her visit would likely elicit an angry response from China, which promised “grave Tsai Ing-wenconsequences” for diplomatic relations for the trip. President Xi Jinping told President Joe Biden on a call last week he would “resolutely safeguard China’s national sovereignty and territorial integrity” and that “whoever plays with fire will get burnt.”

Chinese media outlets including the Communist Party’s Global Times have suggested the People’s Liberation Army would make an aggressive response to a Pelosi trip, possibly by sending warplanes right over the island.

Taiwan would then need to decide whether to shoot them down, a move that could trigger a wider military conflict. Beijing has flagged other options for retaliation, including trade penalties, and has a history of squeezing Taiwan economically.

The Liberty Times reported that Pelosi was expected to see lawmakers in Taipei on Wednesday. It made no mention of a potential meeting with President Tsai Ing-wen. The Wall Street Journal also reported that Pelosi plans to visit Taiwan and meet government officials, citing people familiar with the matter.

While the US scrapped its mutual defense treaty with Taiwan after establishing diplomatic ties with Beijing in 1979, China must weigh the possibility that America and its allies in the region would get drawn in militarily. Biden said in May that Washington would intervene to defend Taiwan in any attack from China, although the White House later clarified he meant the US would provide military weapons in accordance with existing agreements.

Despite that risk, US lawmakers from both parties have expressed support for Pelosi’s trip, arguing it’s important that the top leader in Congress doesn’t cave to pressure from Beijing.

“If we can allow the Chinese to dictate who can visit Taiwan and who cannot, then we have already ceded Taiwan to the Chinese,” said Senate Foreign Relations Chair Bob Menendez, a New Jersey Democrat, who made his own trip to Taiwan in April.

Visits by lower level US lawmakers have also prompted military responses by China. Last November, Chinese warplanes flew around the east side of the island after a visit by a US congressional delegation.

The last major crisis in Taiwan came in 1995-96, when China lobbed missiles into the sea near ports and then-President Bill Clinton sent two aircraft carrier battle groups to the area. Gingrich visited both Taiwan and China the year after that episode, telling Beijing the US would defend the island.

Foreign Ministry spokesman Zhao Lijian made clear at a Monday news briefing, however, that Pelosi’s stature as the No. 3 official in the US made her trip highly sensitive, reiterating the army “won’t sit idly by.”