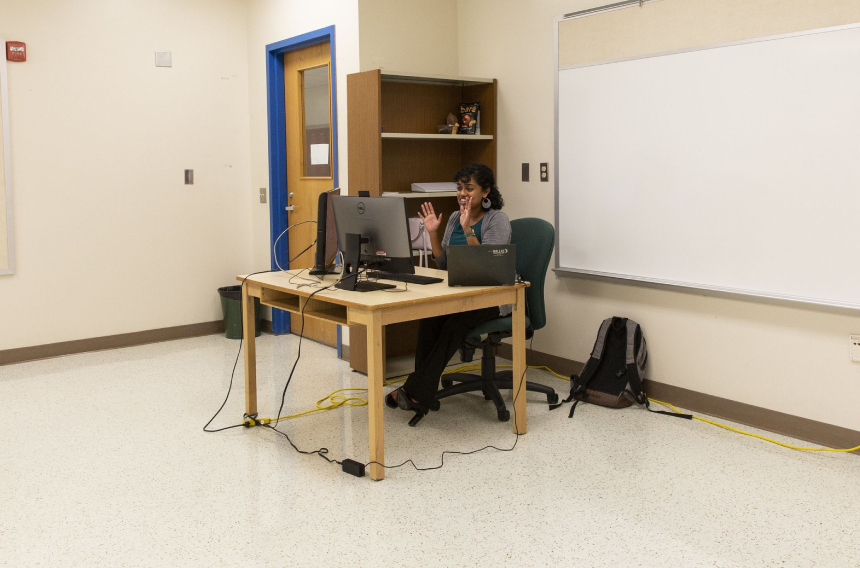 Fourth-graders at the iLearn Virtual School in Dallas began class Thursday morning with an icebreaker. Their teacher Sumala Paidi asked them, “What superpower would you choose for yourself, if you could pick any?”

The dozen children in the class responded with wishes for super speed or the ability to fly. One girl chose invisibility, so she could “take a cake, and eat it all myself.”

It could be a scene from a school classroom anywhere in the U.S. Except these students, unlike nearly every student learning at this juncture of the pandemic, were piping in via Zoom, and Ms. Paidi was teaching them from a remote office, with a camera and laptop.

School districts in Texas, New York and California are creating permanent, full-time virtual schools for the first time ever this year, in a nationwide movement that has gained steam since the coronavirus pandemic in 2020 prompted schools to back and forth between in-person and remote learning.

Get The Economist Digital Subscription 3 Years for  $57

A 2021 survey of 291 U.S. school districts by Rand Corp. found a surge in the number that offered virtual schools for students after the height of the pandemic. Roughly 26% of the 291 districts were offering remote lessons as a full-time option last year, compared with 3% before the pandemic, according to the Santa Monica, Calif., research organization.

Superintendents say virtual schools are a niche product meant to enroll a minority of students for whom remote classes make more sense than going to school. Less than 6% of students chose virtual classes among the districts that had them in 2021, according to Rand.

The virtual option might be appropriate for about 4% of students in Dallas, according to a study commissioned by officials there last year. The city’s iLearn Academy, which opened Aug. 15 with the start of classes, enrolls about 120 students in grades three through eight.

The iLearn Virtual School is a fit for students who might experience social anxiety or whose families might be moving, said principal Monica Morris. Classes of roughly 20 students meet via Zoom at 8:30 a.m. and participate in live and prerecorded lessons until 2:30 p.m. each school day, Ms. Morris said, in a schedule that mirrors that of a typical in-person school.

The virtual schools have limited infrastructure needs and aren’t expensive to operate, officials said. Six teachers instruct classes at the iLearn Virtual School, and the school also has a guidance counselor. The district is remodeling a building to house the school, so that teachers will have offices from which to deliver their remote lessons.

Schools such as iLearn are likely to become a permanent fixture of districts across the U.S., especially as some districts seek to fight declining enrollment caused by lower birthrates and families moving, said researcher Heather Schwartz, co-author of the 2021 Rand study. But enrollment patterns suggest virtual schools will remain a bit part of the U.S. education system, according to Ms. Schwartz.

“There’s considerable growth in the sector, but it is still a small share of overall options,” she said.

Dallas mother Brittany Peterson said the iLearn Virtual School there enabled her 9-year-old daughter, Charisma, to remain enrolled in the city’s district. The remote classes are essential for Ms. Peterson’s family, she said, because her other child, a 2-year-old boy, was born prematurely with a lung condition that requires him to be connected to a ventilator at all times.

Ms. Peterson said the boy’s immune system is weak and he nearly died of pneumonia in 2021. She can’t risk exposing him to disease by sending his sister to school, she said.

“It’s a Catch-22 in some ways, because she really likes the iLearn but she wants more friends,” Ms. Peterson said. “This is the best option we have.”

Students at iLearn Virtual School share the same goals for instruction and socio-emotional development with children enrolled at in-person schools, said Ms. Paidi, who taught in traditional classrooms for six years before going online as an instructor at iLearn.

Daily team-building exercises conducted at homeroom meetings with students, such as Thursday’s superpower discussion, help build a sense of community, according to Ms. Paidi. “There are different ways you can be creative about how to foster that,” she said.

New York City Deputy Chancellor Dan Weisberg said the city’s new virtual high school, called School Without Walls, was created this year to meet the needs of families whose lives were disrupted by Covid-19. “We learned a lot over the last few years,” Mr. Weisberg said.

The city’s virtual school is set to open when school starts districtwide on Sept. 8, with 100 ninth-grade students in fully remote classes and another 100 ninth-graders who take hybrid classes, spending part of their week logging in from home and other days learning in traditional school buildings. More families applied for slots than were available, so the city used a lottery for admission, school officials said.

The program is expected to grow each year as new ninth-graders are admitted. Both the hybrid and virtual programs give students the opportunity to participate in virtual and in-person extracurricular activities at nearby schools, including arts and music programming, sports and interest-based clubs and electives, according to the officials.

The future appeal of the programs as the pandemic wanes, is unclear, superintendents said. Studies have shown that students in virtual programs suffered greater academic setbacks during the height of the pandemic than those in face-to-face classes. Teachers have also blamed behavior problems on remote learning.

The school district in Compton, Calif., is this year offering full-time virtual classes to enrolled students across all grades for the second year in a row.

Superintendent Darin Brawley said remote classes are likely to remain a permanent option for a small number of families, even though only about 16 students are signed up for virtual lessons this year, compared with upward of 300 students last year.

Demand for remote learning has fallen precipitously, Dr. Brawley said, because families feel safer sending their students to school this year with more effective measures in place to fight the pandemic, such as the widespread adoption of vaccines.

Dr. Brawley said students are also weary of spending time at home, and seek the camaraderie of in-person interaction at school.

“The majority of students want to be around their friends,” he said.