Powell Facing Choice Between Elevated US Inflation and Recession 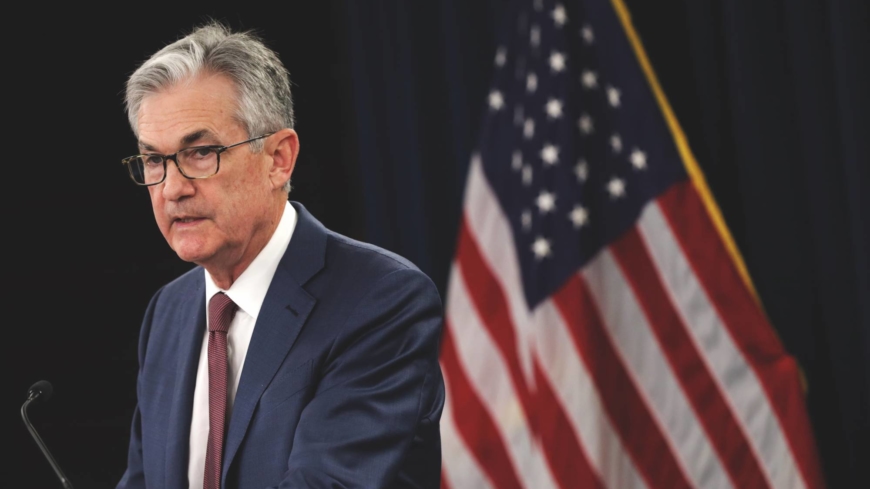 Federal Reserve Chair Jerome Powell is facing an increasingly grim calculus after yet another hot inflation reading last week: He probably has to push the economy into recession in order to regain control of prices.

After spending much of last year sounding a bit like the inflation-tolerant, former central bank chief Arthur Burns, Powell has increasingly taken on the mantle of inflation-slayer — and Fed icon — Paul Volcker. It’s a role he’s likely to embrace with relish on Wednesday, when he speaks with reporters after a widely-expected decision by the Fed to raise interest rates by another half percentage point.

But so far at least, he’s shied away from endorsing the tough monetary medicine — and punishingly deep recession — that it took for Volcker to break the back of inflation four decades ago. While Powell has recently acknowledged that getting price pressures under control could require some pain — and maybe even higher unemployment — he’s steered clear of talking about a recession.

That’s perhaps understandable, given how fraught politically that is, especially for President Joe Biden’s Democratic Party ahead of mid-term elections in November.

“The chairman of the Fed doesn’t want to let the ‘r’ word slip out of his mouth in a positive way, that we need a recession,” former US central bank policy maker Alan Blinder said. “But there are a lot of euphemisms and he’ll use them.”

An increasing number of economists — including ex Fed Vice Chair Blinder — say it may take an economic contraction and higher unemployment to bring inflation down to more tolerable levels, much less back to the Fed’s 2% price target.

“I’ve become more pessimistic about the opportunity of stabilizing inflation at an acceptable level without a recession,” said JPMorgan Chase & Co. chief economist Bruce Kasman. He sees a dynamic developing in which a protracted period of high inflation and a tight labor market leads to elevated wage demands and more costs for companies.

In research published on June 6, Bloomberg Economics Chief US economist Anna Wong and her colleagues put the chances of a recession this year at one in four and of one next year at three in four. “A downturn in 2022 is unlikely, but recession in 2023 will be tough to avoid,” they wrote.

Investors are taking note. Bond yields jumped and stock prices tumbled on concern the Fed will slam harder on the policy brakes after news that consumer prices rose at a fresh 40-year high of 8.6% in May from a year earlier.

Yields on 10-year US Treasuries touched 3.28% Monday, surpassing a peak in 2018 to trade at the highest since 2011, and interest-rate futures signaled 175 basis points of tightening through September, implying a 75 basis-point increase at one of the next three Fed meetings.

The path and ultimate destination of interest rates in coming months will partly depend on how quickly — and how far — policy makers want inflation to cool and how much pain they’re willing to put the economy through to achieve that.

Ethan Harris, head of global economics research at Bank of America Corp., said the Fed would probably be willing to compromise and accept a plateauing of inflation at 3%, with the idea of addressing the overshoot of its target gradually over time. That would allow it to avoid pushing the US into a downturn.

“Recall that the great inflation fighter Paul Volcker backed off with inflation down to 4%,” Harris said.

Former International Monetary Fund chief economist Olivier Blanchard bemoaned the “screw up” by the Fed and other central bankers in allowing inflation to get out of control.

Blanchard, now a senior fellow at the Peterson Institute for International Economics, said that central banks should stop tightening policy when inflation drops to 3% and set that as the new price target, rather than risking a recession by pushing it down to 2%.

Blinder said the Fed has to balance two competing risks.

The longer inflation stays elevated, the greater the chance it becomes entrenched in the economy. That’s what happened in the 1970’s when Burns was Fed chair and it’s the primary reason why Volcker subsequently had to put the economy through such a wringer to get inflation down.

But overly aggressive action to tackle persistent price pressures carries dangers as well, said the Princeton University professor. It could push the economy into a very severe recession that sends unemployment skyrocketing.

Deutsche Bank economist Peter Hooper, who was among the first on Wall Street to forecast a recession, said it would be a “Burnsian mistake” if the Fed backed off from its 2% price target. And that’s a mistake he said that Powell doesn’t want to make.

At least for now, Powell has something that Burns didn’t have: political support for taking action to combat inflation.

Biden, who held a rare meeting with Powell last month, has repeatedly reaffirmed the Fed’s independence to do what it thinks is necessary to tackle surging prices. And the president has also made clear that he considers high inflation to be the No. 1 economic issue facing the US.