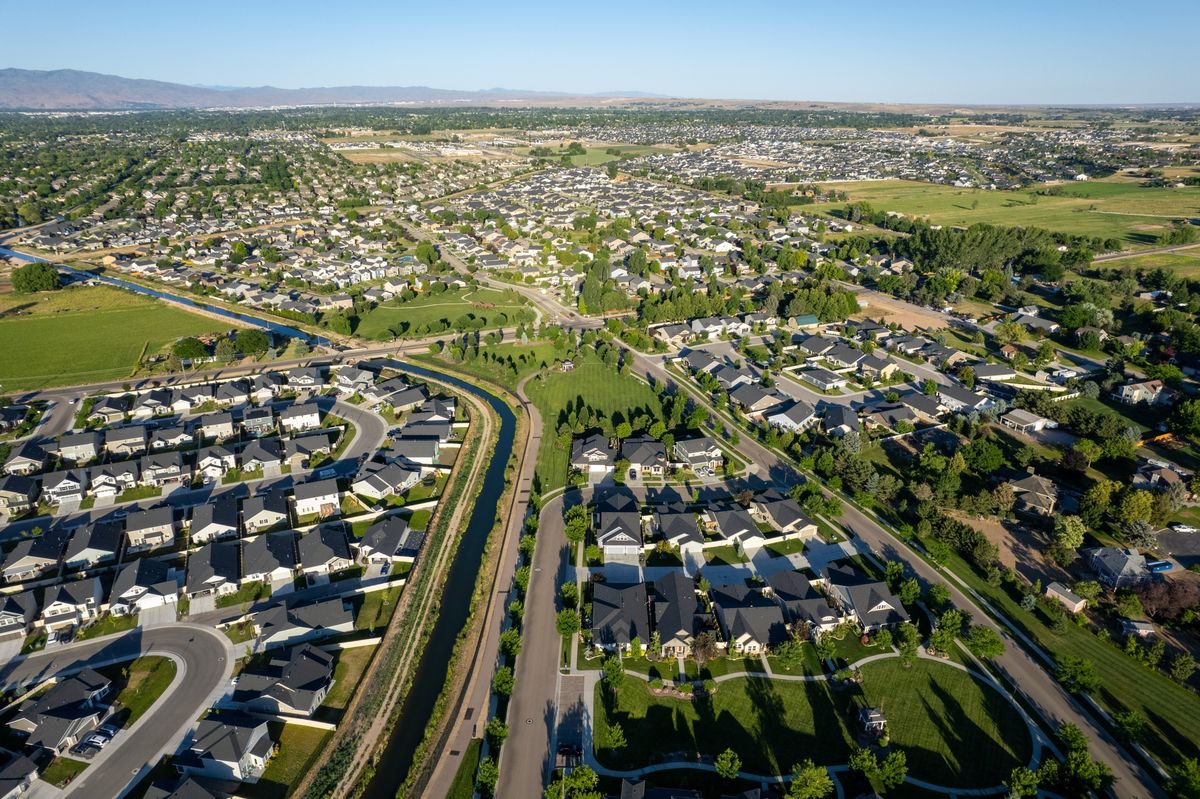 KKR’s My Community Homes and American Homes 4 Rent are among landlords that have reduced acquisitions to wait out high prices.

Some of the largest US landlords have pulled back on purchases of single-family rental homes as rising financing costs and high home prices cast a cloud over the once-sizzling market.

KKR & Co.’s My Community Homes, American Homes 4 Rent, and Amherst Holdings are among those that have slowed acquisitions of homes in recent weeks, according to people familiar with the efforts.

Landlords across the industry have increased their yield requirements for new purchases, a trend that has pushed some investors to cut buying activity by more than 50%, according to the people, who asked not to be named because the strategies are private.

Mynd Management, which helps institutional and retail investors buy and manage property, has been advising clients to slow acquisitions and wait for home prices to adjust to rates, Chief Executive Officer Doug Brien said in an interview.

The firm, which last year partnered with funds managed by Invesco Real Estate to spend as much as $5 billion buying rental homes, is still striking deals in all of its normal geographies, but believes it will take months for the market to normalize.

“We’re long-term oriented,” said Brien. “Let’s tap the brakes and watch the markets. There’s a belief that in the fall, buying opportunities will improve.”

Property investors have been parsing a dynamic market for most of the year as the Federal Reserve pushes its benchmark rate higher in a bid to control inflation. While some landlords started paring purchases in the spring, strong demand from renters gave many landlords confidence to carry on.

Slowing home sales have clouded the picture. For much of the past two years, the frenzied pace of transactions provided rapid feedback on home values. It also gave investors good reason to deploy capital quickly, allowing them to benefit from appreciation. A slowdown presents an opposite dynamic: When for-sale listings linger longer, it’s harder to gauge how the market values the home, increasing the risk of overpaying.

At the same time, landlords have seen borrowing costs spike, biting into the profitability of their rental homes. In a July loan deal, Tricon Residential Inc. refinanced nearly 1,700 homes at a 5.5% interest rate, according to Kroll Bond Rating Agency. That’s more than double the rate on a securitized loan the company took out in November.

Industry executives say the recent slowdown has not dampened their enthusiasm for single-family rentals, and many expect the housing market to offer better opportunities in the months ahead. Those could come in the form of lower home prices, rising rents or an increased willingness by homebuilders to sell properties in bulk.

There are signs that the market has already begun to turn. The median US sale price edged slightly down from its June peak in the four weeks ending July 10, according to a report from Redfin Corp. Sellers’ asking prices are down as well.

Some firms are in the process of raising money now to prepare for a more favorable buying environment. NexPoint Advisors launched an effort in June to raise as much as $2.5 billion for a new single-family rental fund, a recent securities filing shows.

“When there’s no certainty in the market, everybody pauses,” said Mike McMullen, who runs Prominence Homes, a Birmingham, Alabama, homebuilder that specializes in rental houses, as well as a real estate brokerage that helps investors purchase property across the southeastern US. “They’re still bullish on single-family rentals.”