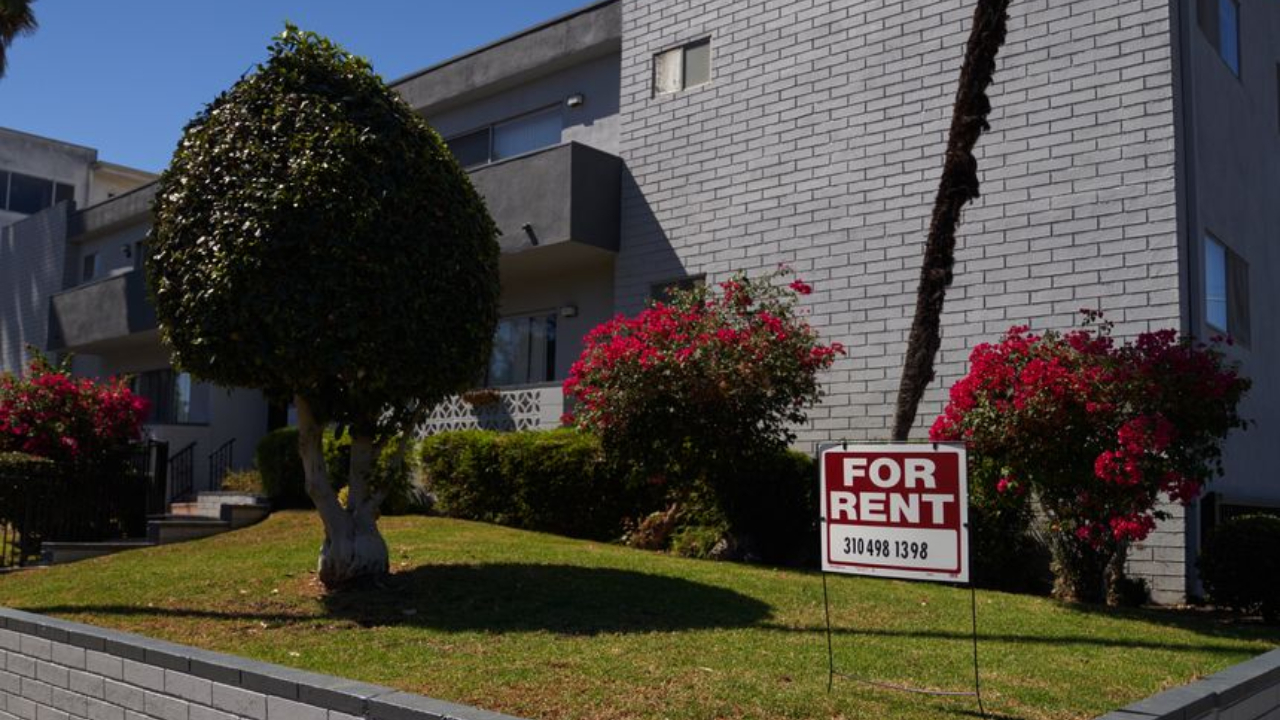 Apartment rents are falling from record highs across the U.S. for the first time in nearly two years, offering the prospect of relief to millions of tenants who have seen steep increases during the pandemic.

August apartment asking rents nationally fell 0.1% from July, according to a report from property data company CoStar Group. It was the first monthly decline in rent since December 2020, the company said.

Other surveys also showed rent declines of various degrees. Apartment-listing website Rent.com showed a 2.8% decrease in rent for one-bedroom apartments during the same month. A third measure, by the listings website Realtor.com, also noted a slight monthly decline in rent this August.

News Corp, owner of The Wall Street Journal, also operates Realtor.com under license from the National Association of Realtors.

Last month’s rent declines are modest compared with the 23% overall increase in rent since August 2020, according to Realtor.com, and there is no guarantee that rents won’t move up again. As more households feel priced out of the sales market because of rising mortgage rates and near-record sales prices, overall demand for rentals is unlikely to fall drastically, said Orphe Divounguy, an economist at Zillow Group.

Yet many economists say the rental market is likely to see more declines in the coming months. Prices typically dip during the fall and winter. CoStar predicts that by the end of September, rent will have declined for the second straight month.

Other analysts said they expect rents to decline on a monthly basis or remain flat through at least the end of this year. That would stand in contrast to the same period in 2021, when rents continued to climb.

Rent growth climbed quickly to records over the past two years, a streak some analysts have attributed to an explosion of pent-up apartment demand caused by early pandemic lockdowns. The boom in home-sale prices, which priced some people out of buying, also boosted rental demand.

Now, rent is moderating for a combination of factors, analysts said, including an increase in new apartment construction along with weakening consumer sentiment that might be discouraging people from signing more expensive apartment leases.

Any substantial relief for cost-burdened renters is still a ways off, however. Most apartment tenants have signed one- or two-year leases at a fixed monthly price. The lag between today’s market rental prices and what most tenants actually pay is also part of why housing costs, as tracked in the Bureau of Labor Statistics’ consumer-price index, are still shown to be rising.

Investors are also taking cues from the most recent reports on market rents, rather than headline inflation. “The pace of rent increases, we’re seeing it go down month-to-month,” said Barry Sternlicht, chief executive of the investment firm Starwood Capital Group, in a recent CNBC interview. Starwood is one of the largest owners of multifamily units in the U.S.

Still, apartment rent in most of the country is much higher than it was a year ago, even if prices are now slipping below their peak. Renters facing lease renewals, or who are now searching for new apartments, can generally expect to pay more than they now pay.

Nationally, rents in August were 7.1% higher than they were during the same month last year, according to CoStar.

Some of the markets now cooling off saw large run-ups in rental prices during the pandemic. Manhattan median rent in August failed to reach a record for the first time in seven months, according to appraiser Jonathan Miller’s report for Douglas Elliman.

In Phoenix, fewer renters are choosing to renew their leases, and rents fell 0.4% from July to August, according to RealPage. Occupancy rates are now lower, which could be a sign that some people are choosing to double up and share apartments, Mr. Parsons of RealPage said.