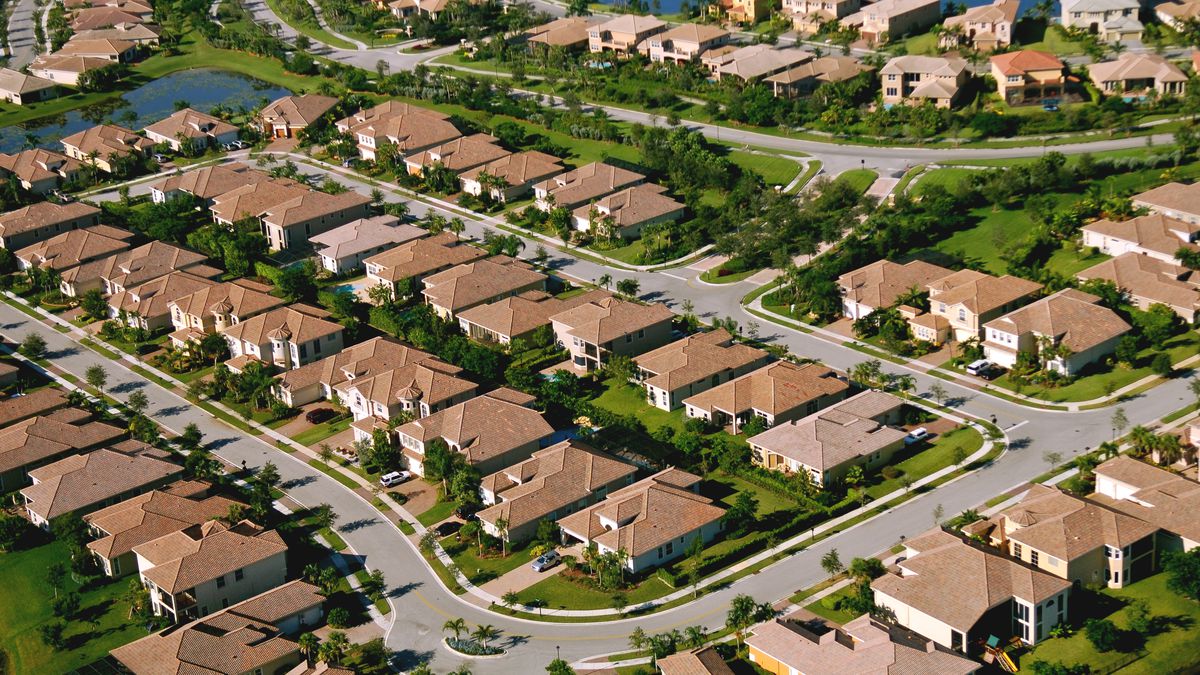 More properties are being priced below agreed sales prices, causing the deals to collapse.

Jason and Talitha Brooks listed their Orange Park, Florida home in June for $ 320,000. After receiving multiple offers, the couple accepted an offer of $ 335,000. But the appraiser, hired by the buyer’s lender, valued the house at just $ 305,000. The Brooks and the buyer couldn’t agree on a new purchase price and the deal fell through.

An unusually high number of homes across the country are being appraised below their agreed-upon sales prices, causing a number of deals to collapse.

Home prices have soared in recent months. Buyers are frequently paying above asking price to win bidding wars, and appraisals haven’t always kept up with those rapid price increases. About 13% of appraisals came in below the contract price in August, according to housing-data provider CoreLogic. That was down from a recent high of 19.7% in May but above 7.3% in January 2020, a rate CoreLogic said is more typical for the housing market

“I don’t remember any time where the frequency of buyers being willing to pay so much more than the market data was this high,” said Shawn Telford, chief appraiser at CoreLogic.

The gulf between contract prices and appraised values highlights the risks to buyers in the current market, especially those stretching their budgets to win a bidding war. Mortgage lenders will typically lend only enough to cover the appraised value of a home. So when an appraisal comes in below the contract price, the buyer has to make up the difference, renegotiate the price or let the deal fall through.

Many buyers are plunking down payments of just 5% to 10% because they need extra cash available in case the house is appraised below the sales price, said Nicole Dudley, a real-estate agent in the Phoenix area. Lower down payments require buyers to take on more debt and can make them less competitive in bidding wars.

Appraisers typically rely on factors like data from recent closed and pending sales when determining home values. Sales usually close a month or two after going under contract, meaning a home that sells in September often reflects a purchase decision made in July or August.

That lag can skew appraisals too low in a fast-moving market, some buyers say. Maria and Rich Mahon listed their three-bedroom house near Houston for $315,000 in July and accepted an offer at the asking price. Then the appraisal came back at $294,000, Mr. Mahon said.

The appraisal relied on data from spring home sales, which didn’t reflect the market by late summer, Mr. Mahon said. “That was super frustrating to me,” he said.

The Mahons renegotiated with the buyer and agreed on a $305,000 sales price, a delayed closing date and a lower agent commission. The sale closed on September 30.

Appraisers say they employ a rigorous approach to valuing a home that over time is more accurate than simply reflecting what a buyer offered during a bidding war. An unbiased appraisal can protect a buyer from overpaying for a property, said Joan Trice, president of the Collateral Risk Network, an organization that includes appraisers and lenders.

“In a frenzied market, it is harder to nail down what value is,” said Jonathan Miller, chief executive of appraisal firm Miller Samuel Inc. But, he added, “just because the appraiser doesn’t agree with the purchase price, whatever the reason, doesn’t mean they’re wrong.”

Still, appraisal issues were a top reason cited by real-estate agents in August for sales in contract going awry. A survey by the National Association of Realtors showed that 12% of contracts that were closed or terminated faced appraisal issues that month, up from 9% in August 2019, before the Covid-19 pandemic sparked a housing boom.

After the initial deal fell through, the Brookses in Orange Park relisted their house in August and accepted a new offer for $345,000. This time, Mr. Brooks wasn’t taking any chances. He prepared an analysis of recent local sales that he thought were comparable to his home and presented them to the appraiser, and he gave the appraiser a tour of the house. The second appraisal came back higher than the first, and the sale closed last month.

Home sellers providing information to appraisers is within the rules and can be helpful, though appraisers aren’t required to take such information into account, Mr. Miller said. Following the subprime-mortgage crisis and housing crash, the federal government enacted rules meant to eliminate pressure by mortgage brokers on appraisers to match a desired price.

In recent months, during the height of the boom, many buyers waived their right to terminate a contract due to a low appraisal in an effort to make their offers stand out, which meant they were willing to pay cash to make up the difference.

This tactic is becoming slightly less common as the market is cooling. One-fourth of buyers waived their appraisal contingency in August, down from 29% in June, according to the NAR survey of agents.

Earlier this year, “we weren’t having to worry about appraisals, because people were willing to waive them,” said Jennifer Wauhob, a real-estate agent in Katy, Texas. “Now that they’re back on the table, we’re definitely feeling it.”