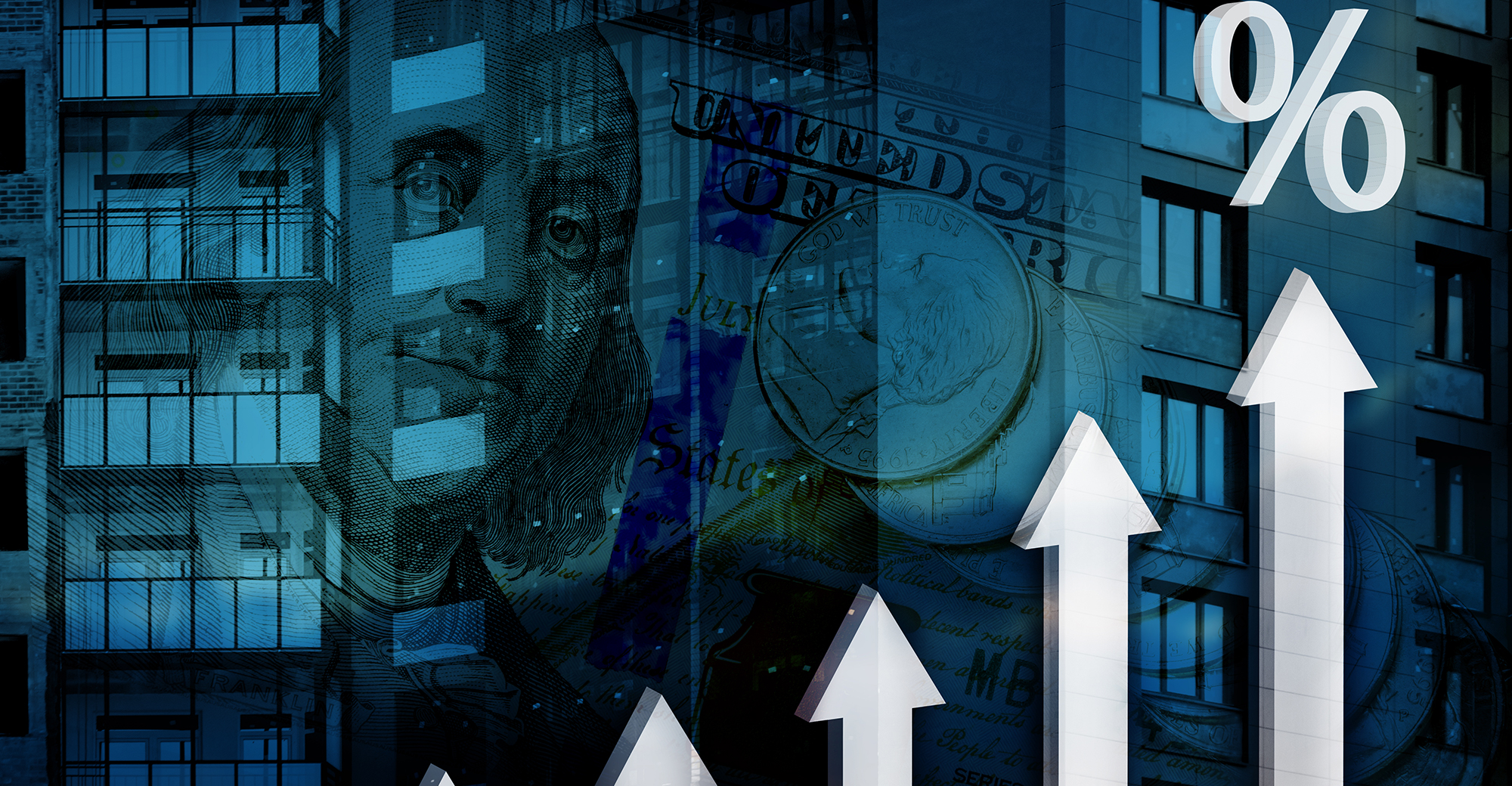 Investors who bid up apartment-building prices to record levels over the past year are starting to come under pressure as rapidly rising interest rates squeeze their profits.

Steeper borrowing rates make it harder for apartment landlords to pay back their loans. That could also be bad news for tenants, if it encourages building owners to raise rents higher than they might otherwise because that is their primary tool for generating more income.

The annual volume of rental-apartment purchases almost doubled between 2019 and 2021, according to CBRE Group Inc. In the first quarter of 2022, investors spent $63 billion on apartment buildings, the highest figure on record.

Two things have happened recently that make future profits more challenging. Investors started buying apartment buildings at prices that have gone up so much so fast that their return rates are shrinking. Prices paid for apartment buildings rose 22.4% during this year’s first quarter from the same quarter a year ago, according to MSCI Real Assets.

Then interest rates shot up quickly this year, so that some multifamily initial return rates have fallen a percentage point or more below the interest rate on their mortgage, according to commercial-real-estate brokers and investors. The imbalance means landlords make less money on their buildings than their banks, even though they carry much more risk.

This phenomenon, known in the industry as negative leverage, hasn’t been this widespread since the subprime crisis when defaults on apartment-building debt soared.

Nitin Chexal, chief executive of real-estate investment manager Palladius Capital Management, worries that some investors haven’t learned their lesson from the years before 2008, when buyers overpaid for buildings and suffered when financial markets froze up.

“You’re seeing a lot of the same mistakes,” he said.

Few expect a wave of defaults similar to the subprime crisis. Investors are less indebted today, and rental-apartment buildings are likely to continue to appeal to big pension funds and asset managers as a relatively stable asset, propping up prices.

Moreover, many apartment investors believe they would survive a period of lower returns because they expect rents can continue growing at a fast pace, pushing up their returns over time.

That is an uncertain bet, given that many tenants are already pinched. The median asking rent for any rental unit rose to $1,827 in April, according to Realtor.com, the highest rent on record and a nearly 17% gain from the prior year. News Corp, owner of The Wall Street Journal, operates Realtor.com under license from the National Association of Realtors.

Owners who paid steep prices for apartment buildings could be at risk if rent growth slows, while rising interest rates threaten to push down building values and make it harder to refinance mortgages. Even a wave of minor distress could have far-reaching consequences for the financial sector because of the sheer amount of money that is now tied up in the rental-apartment sector.

Outstanding mortgage debt backed by multifamily buildings has more than doubled since the financial crisis to $1.8 trillion, according to the Mortgage Bankers Association.

Investors usually calculate a building’s profitability by dividing the property’s profits before mortgage payments by the purchase price. In theory, that so-called capitalization rate should be higher than the interest rate on the mortgage, because the investor carries more risk than the mortgage lender, who gets paid off first in the event of a default.

That is less and less the case, even for buildings that are renovated and mostly leased up. In fact, these profitability rates have been steadily declining since 2015, according to CBRE.

To come out ahead, these investors need rental income to rise. “You’re basically running to catch up to your debt,” Mr. Chexal said. The problem, he said, is that the recent rise in mortgage rates means investors need to run even faster.

If interest rates rise faster than rents, building values are likely to fall and owners may come under pressure when their mortgage matures, according to David Brickman, CEO of real-estate finance company NewPoint Real Estate Capital and former head of housing-finance company Freddie Mac.

Investors have been routinely buying apartment buildings at capitalization rates as low as 3.5%, he said.

But mortgage rates on some of these deals have now risen above 4.5% as the Federal Reserve tightens monetary policy to fight inflation. While he doesn’t expect a wave of defaults, Mr. Brickman said some lenders to apartment owners might come under stress.

“There’s no question you’re going to have rent growth; the question is whether it will outpace interest rates,” he said.