Rocket is Now The Largest Mortgage Lender In The U.S., But Can it Sustain its Growth? 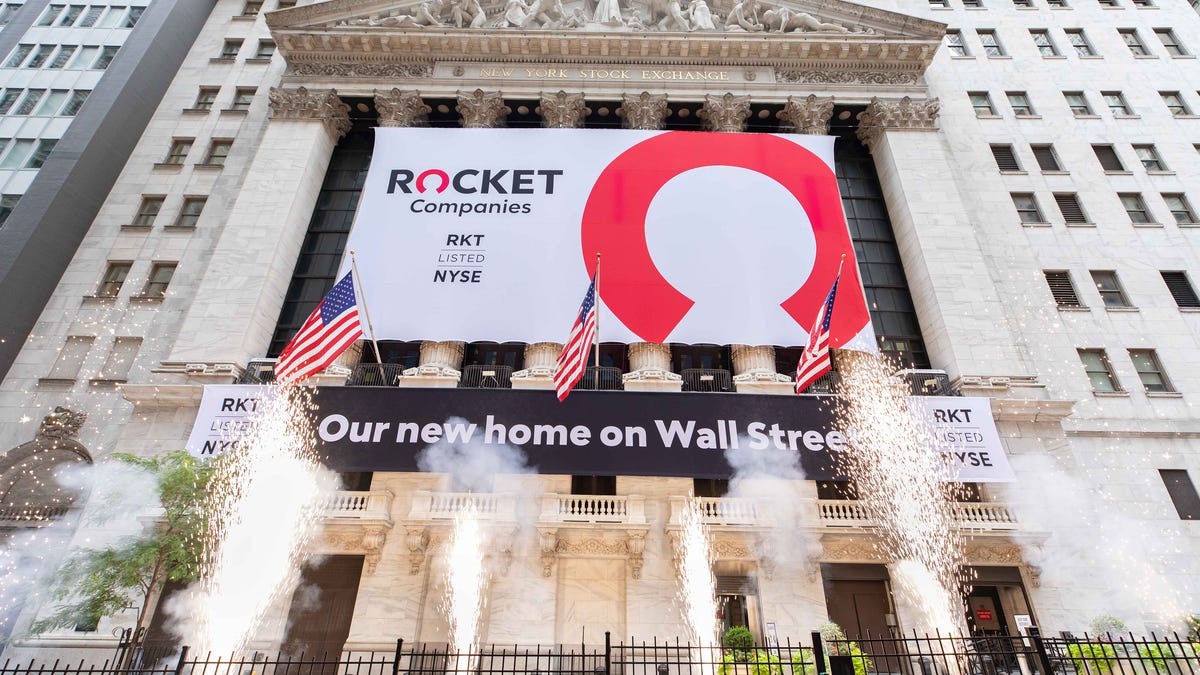 MB Daily News, Raleigh, NC: Rocket Mortgage has become by far the largest mortgage lender in the U.S., bigger than JP Morgan Chase and Wells Fargo combined. The question now is, can it maintain its growth now the mortgage applications have fallen?

The Detroit-based lender has barreled through the pandemic. It doubled its mortgage originations in 2020 and grew them by another third through last fall. It is now the biggest mortgage lender in the country, making nearly as many home loans as Wells Fargo & Co. and JPMorgan Chase & Co. combined. Through much of 2021, roughly one out of every 14 mortgages in the U.S. went through Rocket.

But if Rocket is the king of mortgages, it rules a feast-or-famine kingdom. The Federal Reserve is expected to increase interest rates as soon as this spring, and refinancings are expected to plummet across the industry by nearly two-thirds this year. Investors in Rocket, which gets the bulk of its loan volume from refinancings, are skeptical. The rocket went public at $18 a share in 2020; the stock is now trading around $14.

Rocket’s triumphs, and its travails, mirror broader changes in the mortgage industry. Since the 2008 financial crisis, big banks have stepped away from the mortgage business, and nonbanks like Rocket now issue about two-thirds of U.S. mortgages, according to Inside Mortgage Finance, an industry research group. Many are heavily dependent on refinancings, which can dry up when interest rates rise. Many non-bank lenders, especially smaller ones, had to shut down after the Fed’s last round of rate increases.

No nonbank has grown as fast as Rocket. Its assembly-line method for making mortgages helps it handle lots of loans at once. The company spends aggressively on advertising, including Super Bowl ads in four of the past six years.

But for Rocket to overcome the expected drop in refinancings, it will have to become something different. Like other nonbanks, it gets almost all of its revenue from mortgages, but it has been more aggressive about trying to expand beyond refinancings.

In 2018 it launched Rocket Homes, a Zillow-like listings platform meant to connect it to would-be home buyers. Its Rocket Autos platform connects car buyers to dealers. In December, Rocket agreed to buy Truebill, a personal finance startup that helps people split bills and cancel subscriptions. Rocket hopes the new business lines will put it on people’s radar well before they are ready to buy a home.

“You can’t just expect someone to remember Rocket from a year ago,” Chief Executive Jay Farner said in an interview. “You have to be there at that moment in time, and we’re there in different ways.”

It will have to prove to investors, though, that the playbook that has worked in a hot housing market can work in a cold one, too. Rocket is arguably the best-known mortgage lender in the U.S., but investors are unsure that name recognition is enough to overcome an industry-wide free fall. Except for its brief foray as a meme stock, Rocket traded close to its listing price most of last year. Other big nonbank lenders that went public after Rocket, like UWM Holdings Corp., Home Point Capital Inc., and loanDepot Inc., are also trading below their listing price.

“That’s where the market is—not convinced yet that the company has kind of cracked the code there,” said KBW analyst Bose George.

The company that would become Rocket was founded in 1985 by a 23-year-old Dan Gilbert, using money he had earned delivering pizzas. The company grew steadily, and Mr. Gilbert sold it to Intuit in 1999. Intuit renamed it Quicken Loans after its hallmark accounting software. Mr. Gilbert and a group of investors bought the company back three years later, though it continued to carry the Quicken name.

Mr. Gilbert, now the billionaire owner of the Cleveland Cavaliers, hasn’t been CEO for years, but his presence looms large. He and his wife, Jennifer, an interior designer, are both on the board. His holding company controls nearly 79% of the voting power of Rocket’s common shares. Copies of a book outlining his business philosophies, or “-isms,” are scattered throughout the Detroit headquarters. “Every second counts,” says one.

Last year, the chief executive of a rival mortgage company made a big donation to the athletics department at Michigan State University, which is also Mr. Gilbert’s alma mater. Soon after, Rocket announced a new deal where the men’s basketball team would be labeled in its arena as “MSU Spartans Presented by Rocket Mortgage.” Both sides said at the time that their commitment was motivated by nothing more than their loyalty to MSU.

Refinancings have powered the entire mortgage industry through the pandemic after the Federal Reserve cut interest rates to near zero in early 2020. But now the Fed is laying the groundwork to raise rates, and refinancings are expected to drop about 63% industrywide this year, according to the Mortgage Bankers Association.

Inside Mortgage Finance estimates that about 85% of the loans Rocket originated through the third quarter of 2021 were refinancings.

Rocket declined to disclose what proportion of its mortgages are refinancings. But executives say they expect the company to fare well no matter what happens with refinancings.

The company said that between 50% and 60% of the loans it originated in the third quarter were either purchase mortgages or cash-out refinancings, which are less sensitive to interest rate changes than other refinancings.

Rocket has plowed billions of dollars into technology over the years and was at the forefront of the shift toward loans that start online. The company has carved up the process of making a loan into dozens of distinct steps, each handled by an employee who works only on that piece of the process. The setup allowed Rocket to quickly increase loan volume when demand took off in 2020.

Rocket’s Detroit headquarters has some of the hallmarks of a Silicon Valley tech firm. Kitchens are equipped with slushie machines. Desks are decorated with larger-than-life cutouts of employees’ faces. Workers don’t “take the lead” on projects, they “take the conn”—a naval term for steering a ship that Mr. Gilbert picked up from Star Trek and other pop culture references.

When Rocket went public in the summer of 2020, executives were disappointed by the listing price, The Wall Street Journal reported. Many consider the firm a technology company and expect it to price like one.

Rocket said it counted 153 million visitors across its platform in 2020, a 61% increase from 2019. The company is still working on converting more of those visitors to customers. It hopes the Rocket Homes listing website and its other businesses will make even casual browsers think of Rocket when they are ready to buy a house, even if it is years after they first log on. The company said its purchase of Truebill will add about 2.5 million users.

Rocket generates most of its purchase loans from its partner channel, where it works with companies including Credit Karma and Salesforce.com Inc., which recommend mortgages and other loan products to their own customer bases. Rocket also offers personal loans and finances the installation of solar energy systems in residential homes.

There are early signs that Rocket can adapt to the changing market. The lender said it reached a new high in purchase mortgages in the third quarter. In 2020, Rocket ranked sixth in the industry in purchase volume, up from 12th place in 2014, according to Inside Mortgage Finance.

Rocket says it plans to issue 25% of all U.S. mortgages by 2030, roughly triple its current share. The last time a single lender controlled so much of the market was Wells Fargo in 2012.