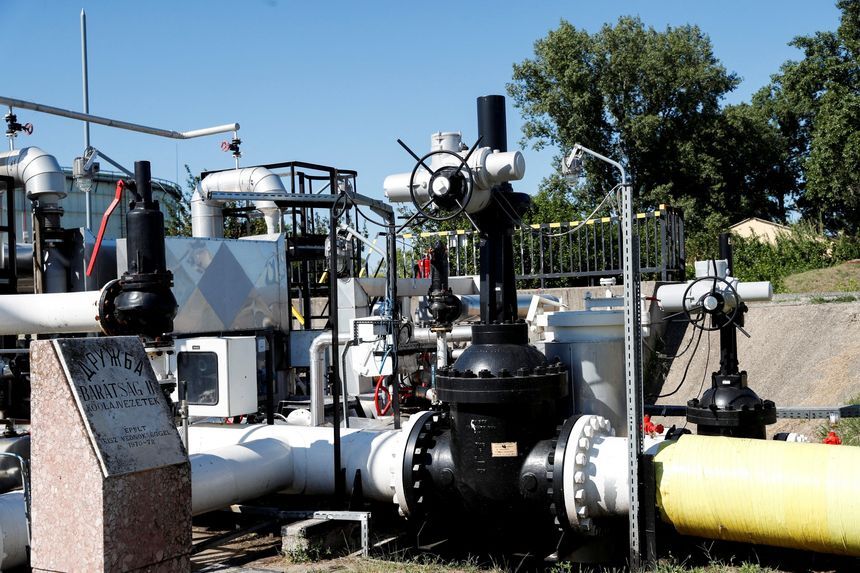 Russian oil has stopped flowing through a pipeline that feeds countries in Central and Eastern Europe, dealing another blow to a region contending with the loss of vital energy supplies from Russia.

Transneft PJSC, the government-owned oil-pipeline operator, said Tuesday that crude exports through Ukrainian territory had halted on Aug. 4. It blamed payment difficulties caused by Western sanctions on Moscow and said Ukraine’s pipeline operator had declined to carry crude after it didn’t receive funds.

A spokeswoman for Naftogaz NJSC, Ukraine’s state energy firm and the parent company of pipeline operator Ukrtransnafta, said it would issue a statement later Tuesday.

The move severs supplies through the southern branch of the Druzhba pipeline that carries oil to Slovakia, Hungary and the Czech Republic and will likely intensify European efforts to buy crude from non-Russian sources. The countries are heavily reliant on Russian oil and natural gas and among the most exposed economies in Europe now that those supplies are getting shut off.

Friendship—the name of the Soviet-era Druzhba pipeline—is a core part of the European Union’s energy infrastructure. In recent years, it has carried up to a million barrels a day of crude to a clutch of European countries.

Oil is still flowing through the northern branch to refiners in Poland and Germany, Transneft said Tuesday. The affected southern branch enters northern Ukraine from Belarus and exits through western Ukraine. It splits, with one subbranch traveling through Hungary and the other through Slovakia and into the Czech Republic.

Transneft said it paid on July 22 for the transit of Russian oil through Ukraine in August, but the funds were returned to its account six days later.

Transneft said Gazprombank JSC, a unit of gas giant Gazprom PJSC and Transneft’s banker, said the money bounced back because of EU sanctions that came into force on July 21, and which require European banks to obtain permission from national authorities to conduct cross-border payments with Russia.

Transneft said it was working with Ukrtransnafta to resolve the problem.

The pipeline’s importance contributed to tension inside the EU when the bloc pieced together sanctions on Russian oil following its invasion of Ukraine. The EU eventually agreed to ban imports of crude oil by ship over six months but to exempt pipeline imports temporarily, winning over holdout Hungary.

The EU remains reliant on Russia for much of its oil. In recent months, about 500,000 barrels of crude flowed through the northern branch of Druzhba each day and about 300,000 barrels through the southern branch, according to Amrita Sen, co-founder of consulting firm Energy Aspects.

Central European refiners on the southern leg of the Druzhba pipeline, such as those run by Hungary’s MOL Group, could import some oil from the Adria pipeline, which starts on the Croatian coast.