Selling your home this year? Why late April is the best time to list 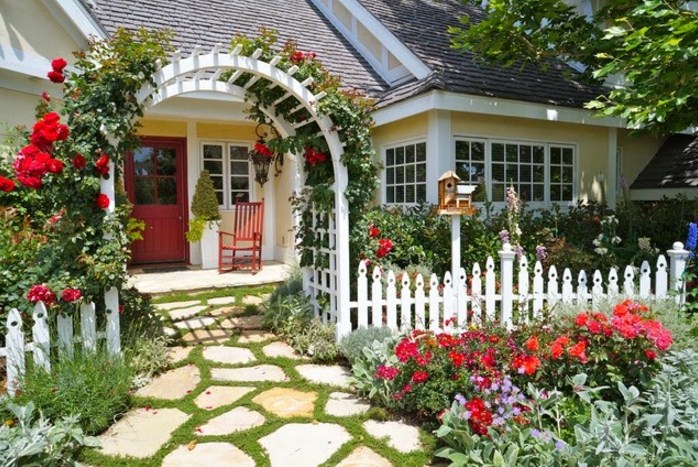 MB Daily News, Raleigh, NC: Homes are selling really fast in today’s real estate market, and here is the reason to list your home in April.

Homes listed for sale in the second half of April can expect to sell for 2.8% more or about $9,300 on the typical U.S. home. The first two weeks of November are the worst time to list a home, associated with a 3.5% discount

The potential price difference between the best and worst times to list is 68% higher than it was pre-pandemic.

Nationwide, the best time to list a home for sale is a Thursday during the second half of April. Homes listed during those weeks can expect to fetch 2.8% more or about $9,300 on the typical U.S. home. And homes listed on any Thursday, when shoppers are planning for weekend showings, can sell for about $1,100 more as reported in the WSJ Print Edition.

For decades, home sales have trended upward in the spring and summer and dwindled in the colder months. The 2020 home shopping season was greatly disrupted by the COVID pandemic – witnessing an atypical drop in inventory and sales. By midsummer, the market was once again humming along and the momentum continued through much of the winter, leaving some uncertainty as to whether seasonality was a thing of the past. The months since have shown that homes are selling fast regardless of season, but the time of year you list your home can have a big impact on the sale price — and we are approaching the ideal time in much of the country.

Nationally in 2021, homes listed in late April sold for a larger premium than homes sold any other time of the year. Knowing the best time to list has gotten more important as home values have risen to new heights. The potential price difference between listing a home during the best time of year and the worst time of year is $21,000 nationally, and as much as about $200,000 in the California Bay Area. Pre-pandemic, the potential difference nationally was $12,500.

Listing in the spring months – March through May – is the best time for sellers in 30 of the 35 largest U.S. metros to get the highest price for their home, if 2021 trends hold. Homes listed in February fetch the best prices in Austin, San Jose, Portland, Ore., and San Francisco. In contrast, in 2019, there was no metro where homes listed prior to April were expected to have the highest premium.

Homes throughout 2021 sold so fast there was hardly any benefit for listing at one time of year over another. Midwinter through April were when homes typically went pending fastest, though it was only about one day on average faster than the typical pending time throughout the year. This is a much smaller benefit compared to 2019 when homes benefited from about a three day faster sale if they were listed in April and early May than the annual average.

When it comes to the number of eyes on your listing, early April may be best. In 2021, listings in early April received the highest rate of daily page views compared to any time of year — nearly a third more views daily than the annual average. Home listings in early November received less attention than any other time of the year, and homes listed later that month sold at the biggest discount.

The best day of the week to list a home if you want it to sell for the most money is Thursday. If you want it to sell as fast as possible then list it on a Friday, though again, that brings a sale only one day faster than listing on the next-best days: Wednesday, Thursday and Saturday.

The trends by price tier only slightly differ from each other. Lower-priced homes (those valued in the bottom third of their respective metro area) saw the highest sale price benefit in late March — two months earlier than their pre-pandemic peak in 2019. Mid- and high-priced homes had the largest benefit when listed in late April.

The sample consists of single-family homes in the middle 90% of Zestimates (Zillow’s home value estimates) that were listed for sale in 2019 and 2021. To compute premium percent benefit, we first forecast what a home’s value would be by chaining forward its Zestimate from six months prior using Zillow Home Value Index (ZHVI) growth rates over that six-month period. Next we compute the ratio of the actual sale price to that forecasted value and find the typical rate annually. We then use that rate to adjust the forecasted Zestimate and take the median of all the sale to forecasted Zestimate price premium ratios by the time of year or day of the week homes were listed. The dollar value benefit is the percent benefit multiplied by the latest ZHVI figures at the time of the analysis (February 2022). The fastest time to pending is calculated as the difference between the median time to pending throughout the year and the median time to pending within the half-month period or day of the week homes were listed. The page views benefit is the percent difference between the annual average rate of daily views per listing and the average rate of daily views per listing by time of year or day of the week homes were listed. Price tier is determined by a property’s Zestimate percentile within a metro, and if not within a metro, its state. The lower-priced tier is the bottom third of properties by Zestimate (5th to 35th percentile), the mid-tier is the middle third (35th to 65th), and the upper-tier is the top third (65th to 95th). The analysis was run in mid-March 2022. Hence pending and sales transactions for homes listed in 2021, especially those in the last few months of the year, may not yet be determined.