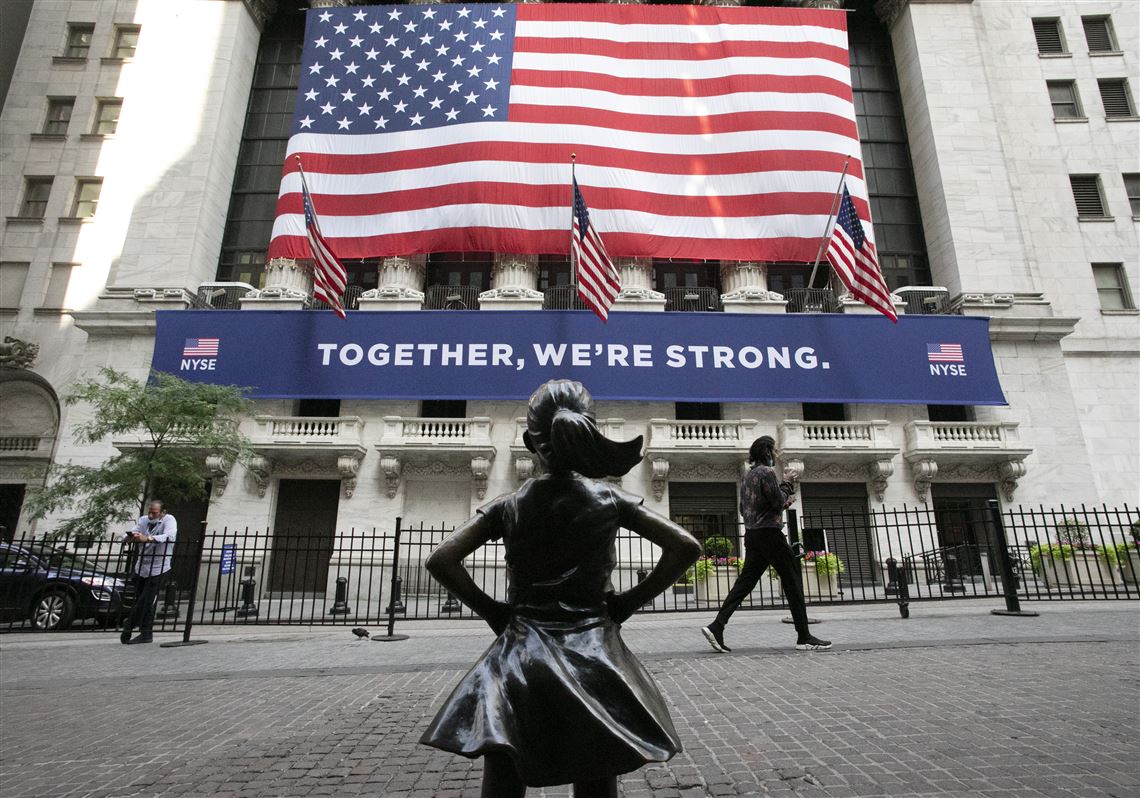 JPMorgan Chase (ticker: JPM) reported a profit of $3.33 a share, beating estimates of $3.01 a share on revenue of $30.35 billion, above expectations for $29.9 billion. The bank released $1.8 billion of loan loss reserves, without which the company would have missed earnings estimates. The stock fell 6.1% after having risen 5.7% for the month leading into earnings.

The company cited “soft demand” as one reason that loan balances were lower. Though the firm didn’t expand on that in its earnings release, markets do not want to see higher interest rates coinciding with weakening loan demand.

Markets were also sifting through economic data Friday. Retail sales fell1.9% month-over-month in December, missing expectations for a 0.1% decline and sharply dropping off from a 0.3% rise in November.

“While the overall level of retail sales is high and remains strong, the December blip is likely influenced by consumers buying early, fearing well-published reports of supply shortages and delivery concerns and the inability of retailers to deliver goods timely for Christmas,” wrote Jamie Cox, managing partner for Harris Financial Group.

Industrial production fell 0.1% month-over-month in December, lower than the forecast of a 0.3% gain.

The stock market is in the process of reflecting higher interest rates and less liquidity injected into markets from the Federal Reserve, which is now projected to raise interest rates three times this year and reduce the size of its balance sheet at some point to combat inflation.

The interest rates market is now reflecting a 96% chance that the first hike will be in March, up from 90% just days ago. Citigroup economists wrote that the market expects three to four hikes this year.

While interest rates across the board have already risen, the stock market may still be reflecting the risk to economic growth. The S&P 500 is 3.8% below its all-time high, hit earlier in the month.

The Fed’s recent shift towards tighter monetary policy “completes what is, frankly, the most violently hawkish ‘about face’ on Fed policy I’ve seen in my career,” wrote Tom Essaye, Founder of Sevens Report Research.

Cryptocurrencies were broadly lower. Bitcoin —the leading crypto—was down more than 3% in the last 24 hours to below $42,500, according to data from CoinDesk. Smaller peer Ether fell 3% in tandem to around $3,250.

But Dogecoin —a “joke” token that has received high-profile attention from Tesla CEO Elon Musk and others—spiked 14%; Tesla will begin accepting the crypto for merchandise payments.

Here are seven stocks on the move Friday:

SAP (SAP) was up 0.9% after the German software group reported that revenue from its cloud-computing business rose 28% in the last quarter.

Novavax (NVAX), Moderna (MRNA), and Pfizer (PFE) fell 4.5%, 1.1%, and 1.1%, respectively, after the Supreme Court blocked the Biden administration’s vaccine mandate for companies with 100 workers or more.

Las Vegas Sands (LVS) jumped 14%; shares in the casino giant have been rising this week as some analysts see a brighter future for the stock in 2022 after a significant underperformance last year. Peer Wynn Resorts (WYNN), which faced similar pressures in 2021—including regulatory concerns from China—rose 8.2%.