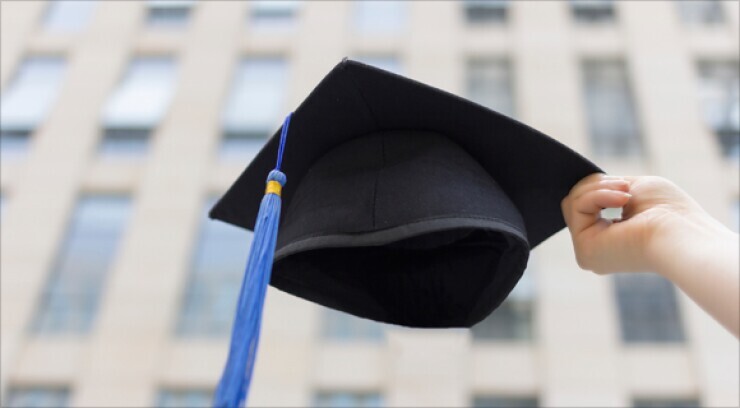 The pandemic-era freeze on student debt payments has “dramatically” improved credit scores for Americans who borrowed money to pay for college, the Federal Reserve Bank of New York said.

About 30 million people saw improvements in their risk profile, with the biggest gains going to borrowers who were delinquent before the pandemic, New York Fed economists said in a blog post on Tuesday. They were summarizing the findings of an annual report on US student debt, which exceeds $1.7 trillion in total.

The moratorium on repayments and interest charges for federal student loans has been in place since the pandemic began in early 2020. It’s currently set to expire on Aug. 31, though President Joe Biden’s administration is weighing another extension, as well as a partial debt forgiveness for some borrowers.

Here are some key takeaways from the New York Fed report.

The share of student-loan balances held by subprime borrowers fell to 26% in 2021, from 36% in 2019. That’s primarily because loans owed to the federal government that were delinquent before the pandemic were marked as current under the forbearance policy, putting millions of households on a sounder financial footing.

Get New York Times and The Economist Digital 3 Years

“The end of forbearance will have impacts on credit scores, borrowing, and household cash flow over the coming year for the 38 million federal borrowers that have benefited from the pause,” the New York Fed researchers wrote. “Some borrowers will enter delinquency or default.”

With repayments on hold, about two-thirds of student-debt holders had balances that were growing or flat at the end of 2021, compared with just 48% in 2019. That’s an increase of roughly 3.2 million borrowers.

There was also a shift in the typical size of debts, with larger loans accounting for a bigger share of the total. At the same time, 5.4 million people who were recorded as having student debt outstanding at the end of 2019 no longer owed anything by the end of 2021.

Since the pandemic, larger debts have increased as a share of total loans

On average, student borrowers in and around the nation’s capital owed the most at the end of 2021. Washington DC topped the list, with an average debt of $53,769, while Maryland ranked second and Virginia fifth.

“Of the ten states (not including D.C.) with the largest median balance, seven belong to the Southern Census region (Georgia, Maryland, Virginia, North Carolina, South Carolina, Alabama, and Tennessee),” the report found.

Seven of top-10 largest belong to the Southern Census region

Once the forebearence period ends, loan amounts are anticipated to rise and delinquency rates across states in the South are expected to have worse outcomes.