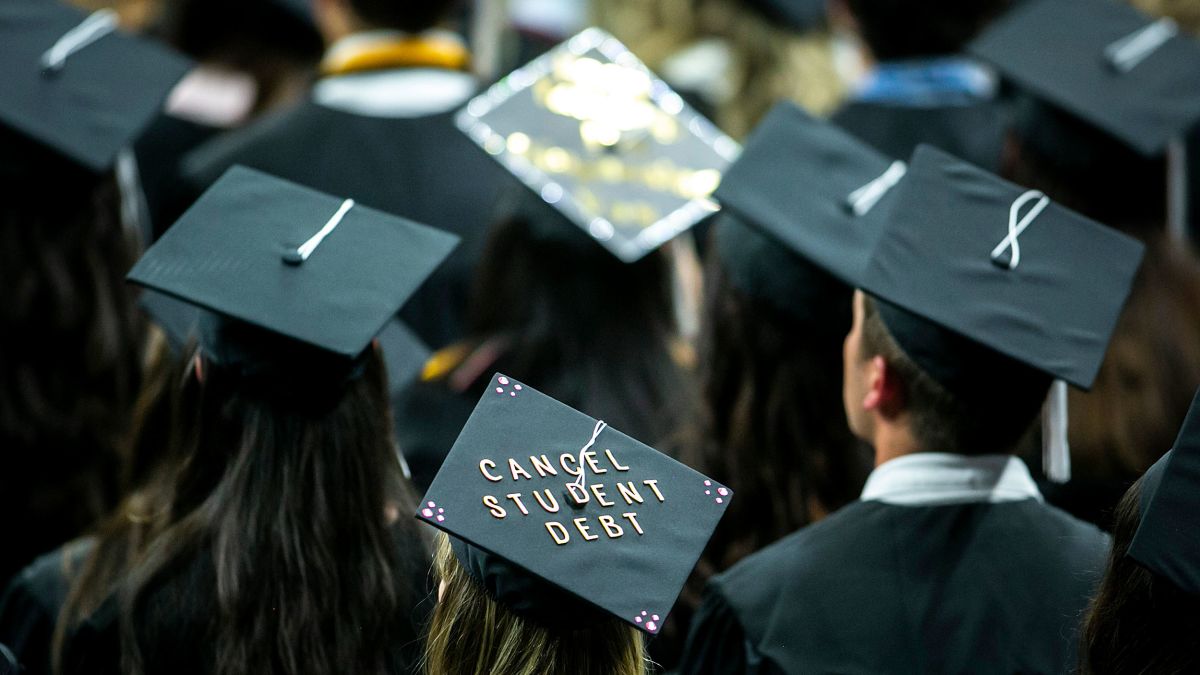 Forgiving student loan debt will cost between $300 billion and $980 billion over 10 years, according to a new analysis, with the majority of relief going toward borrowers in the top 60% of earners.

The Penn Wharton Budget Model estimate was released Tuesday ahead of President Joe Biden’s long-anticipated decision as soon as this week on whether to forgive some student loan debt. White House officials have been trying to combat critiques that such a move would add to rampant inflation that’s become a political liability for Biden and his fellow Democrats.

The Penn Wharton budget group, based out of the University of Pennsylvania and run by a top former Treasury official under Republican President George W. Bush, is influential with key Capitol Hill lawmakers, including Democratic Senator Joe Manchin.

The group estimated that between 69% and 73% of any debt forgiven would accrue to households that rank in the top 60% of the US’s income distribution.

Biden allies and debt-relief advocates expect the administration to extend its current pause on student loan repayment through the end of the year, while also announcing plans to forgive as much as $10,000 in student debt for borrowers whose income falls below $125,000 a year.

Inside the administration, there has been discussion in recent weeks on forgiving a higher amount of debt for low-income borrowers who have received Pell grants, according to people familiar with the discussions.

During the 2020 presidential campaign, Biden urged Congress to forgive $10,000 in student loan debt, while progressive lawmakers, including Senator Elizabeth Warren, and civil rights groups such as the NAACP are pressing him to forgive at least $50,000.

Loan forgiveness has become a tricky issue for the White House, as it tries to appeal to younger voters ahead of the midterms, while also trying to show Democrats as good stewards of the economy. Democrats risk losing their slim House and Senate majorities when voters go to the polls in November.

Penn Wharton estimates a one-time maximum debt forgiveness of $10,000 per borrower would cost roughly $300 billion if the relief is limited to those with incomes less than $125,000. The cost increases to $330 billion if the program is continued over a decade.

Eliminating the income threshold would raise the 10-year cost to $344 billion, while increasing the maximum amount forgiven to $50,000 per borrower would raise the total cost to as much as $980 billion, according to the analysis.