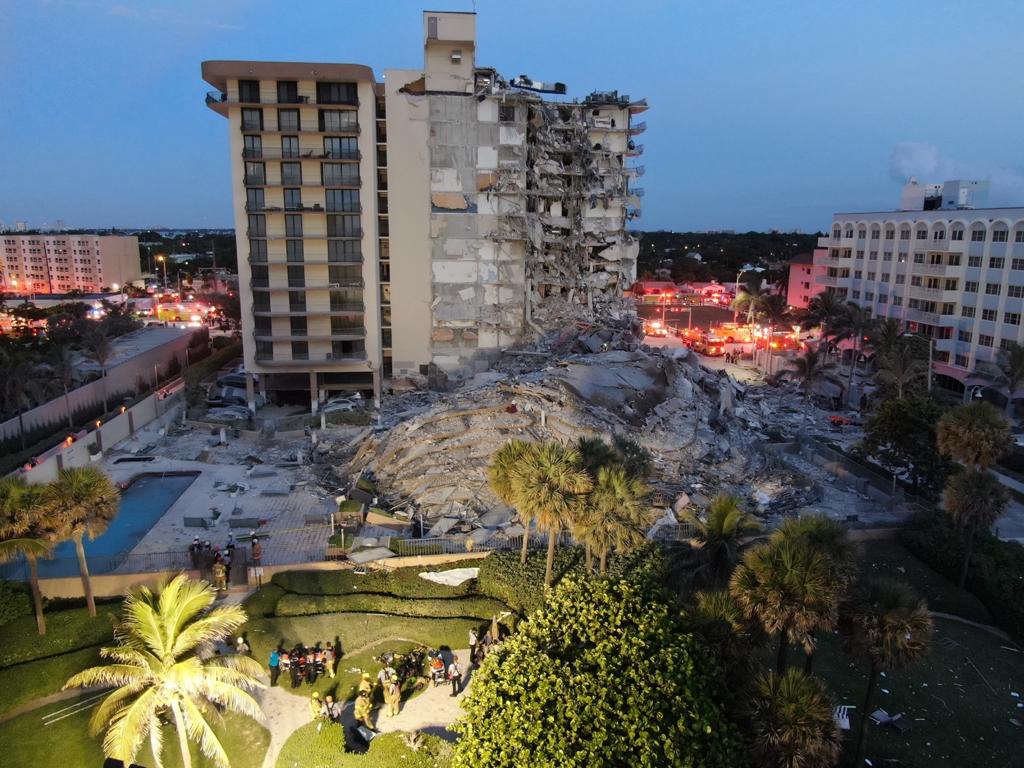 MB Daily News-Raleigh NC: The Collapsed of this condo building and the poor maintenance of other apartment complexes in the area is raising safety questions. Fannie Mae and Freddie Mac are asking questions about the safety and soundness of condos and co-op buildings after the Surfside, Fla., tower collapse. There is little agreement on how to answer them. Condominium sales are seeing a drop due to fears of safety.

Following the June collapse that killed 98 people, the mortgage giants said they would stop buying loans connected to buildings with significant deferred maintenance or safety issues. They have provided lenders with new in-depth questionnaires—to be completed by condo management companies, associations or boards—about a building’s condition.

Problem is, the people responsible for filling out the form aren’t sure how to answer all the questions. Some, they say, simply aren’t applicable to their buildings. But lenders, which sell many of the mortgages they make to Fannie Mae and Freddie Mac, want detailed answers so they don’t get stuck holding too many loans on their books.

“It’s somewhat difficult to answer unless you’re a structural engineer,” said Kevin Hirzel of Hirzel Law PLC, which represents condo associations in Michigan and Illinois. “If you’re just a volunteer board member or property manager, you’re not going to know by looking at the building that it could have a significant issue.”

The confusion is slowing down loan approvals and could make it more difficult for condo and co-op buyers to get mortgages, reducing access to affordable homes. The median sales price for previously owned condos and co-ops stood at $297,800 in January, lower than the median price of $357,100 for single-family homes, according to the National Association of Realtors.

Fannie and Freddie don’t make laws or set building codes. But they wield enormous power in the housing market because they help control the flow of financing to people looking to buy or refinance homes. They package up roughly half the country’s home loans into bonds and sell them to investors with their backing, ensuring buyers can get low mortgage rates.

Condo and co-op loans made up about 9% of Fannie’s bonds last year and 7% of Freddie’s bonds, according to Inside Mortgage Finance, an industry research group.

The collapse of Champlain Towers South in Surfside showed that many residential buildings had been putting off necessary repairs. The changes Fannie and Freddie rolled out in response added to the financial information that condo and co-op representatives were already asked by lenders to provide. Freddie Mac’s requirements go into effect later this month.

Get your daily market news at First American News LLC

Spokespeople for Fannie Mae and Freddie Mac said the new measures are meant to protect residents from unsafe buildings and to ensure that aging condos and co-ops are undergoing necessary repairs.

A spokesman for the Federal Housing Finance Agency, which regulates the mortgage companies, said the agency “will work with Fannie Mae and Freddie Mac to minimize industry disruptions related to the questionnaires so that condominium associations, lenders, and other stakeholders more clearly understand the requirements.”

The questionnaire is optional, but condo representatives need to find a way to make assurances that the building is in good condition. They say there is little clarity about how much alternative information is acceptable.

Condo and co-op representatives are most concerned about new questions that ask whether a property currently has any structural or safety deficiencies and whether it is anticipated that the project could violate any safety-related requirements in the future, said Dawn Bauman, senior vice president for government and public affairs at the Community Associations Institute, an industry group.

That is leaving people like Mark O’Malley in the lurch. The chiropractor had planned to refinance his Avon, Conn., condo this month at a rate of just under 3%. Dr. O’Malley’s condo management company, Imagineers LLC, didn’t answer some of the yes-or-no questions on the questionnaire, instead of providing a general statement prepared with the help of advisers.

“The questions are so broad that I don’t know how you could definitively answer them ‘yes’ or ‘no’,” said Karl Kuegler Jr. , director of community association management at Imagineers LLC.

Michael Menatian, the president of Sanborn Mortgage Corp., had planned to make the loan and sell it to Citizens Financial Group Inc. , which would then sell it to Fannie Mae. But Citizens told Mr. Menatian that the questionnaire needed to be filled out completely for Fannie Mae to buy the loan, he said. The closing, initially scheduled for Feb. 8, is now on hold.

Dr. O’Malley says many of the questions don’t apply to his home. “Mine happens to be a single-level condo, and those integrity issues would be impossible,” he said.

With rates rising, Dr. O’Malley worries that he will lose his low rate if the situation doesn’t get ironed out. Mr. Menatian says that he has since told other prospective condo borrowers that they need to get the form filled out before he starts on the loan.

Ryan Parks, a senior vice president in the mortgage division at Citizens, said the bank moved quickly to adjust its requirements after Surfside. But lenders and condo representatives are “still playing catch up in many instances,” he said.

Many condo associations are paying for updated building inspections following the Surfside tragedy, which could make these questions easier to answer in the future, Mr. Hirzel said.

Shayne Wilbert, a real-estate agent at @properties in Chicago, was surprised by her lender’s scrutiny of a condo building where she purchased an investment property last month. The condo association was planning coming maintenance.

“That then triggered an onslaught of more questions and scrutiny and a mountain of paperwork that they needed so that they could decide whether the building was financially capable of doing the work,” Ms. Wulbert said of the lender. “It was very nerve-racking.”