Tech’s Rally Is Too Good to Be True. Why the Nasdaq Looks Due for Another Fall. 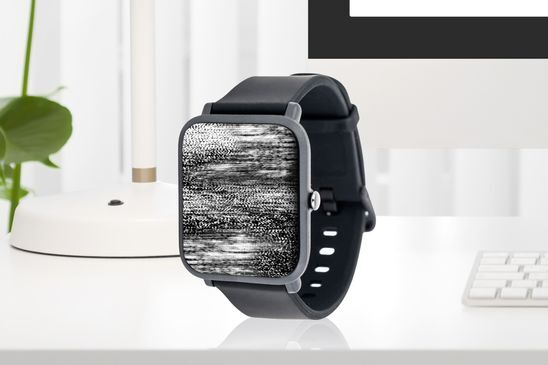 For years, tech investors seemed to outrun every bit of trouble, like the Road Runner in the old Looney Tunes cartoon. But this summer, tech buyers have changed roles. Suddenly, they look more like Wile E. Coyote, the Road Runner’s flailing pursuer. Wile would always make headway running off a cliff through the air, but after a certain point he would look down and realize his poor predicament. Gravity would take hold, and Wile would suffer a painful fall.

Since a June low, technology stocks have soared, with the Nasdaq Composite index up 20%. But the classic Looney Tunes cartoon offers a lesson to investors. Reality eventually matters.

The sustainability of any rally led by triple-digit percentage gains from money-losing firms like Coinbase Globa l (ticker: COIN) and FuboTV (FUBO) is suspect. More important, the latest developments show business trends in the technology sector could be getting worse, not better, suggesting a rough ride ahead for shareholders.

The weakness in consumer-oriented end markets including PCs, electronics, smartphones, and digital internet advertising has been well chronicled. We’ve seen big warnings from major suppliers, and the pricing for computers, processors, memory chips, and graphics cards continues to drop every day. There is no sign of a quick turnaround in these markets.

But the bigger problem now is that the slowdown seems to be spreading to the one place that has held up relatively well: enterprise technology spending. That’s important. If tech demand from business falls apart—an annual market worth more than $4 trillion, according to Gartner—it will drive another leg down in the tech industry’s earnings forecasts, likely leading to a multiquarter downturn.

This earnings season has been full of clues about the weakness, as much as some investors have tried to ignore them. The initial indication came in late July from Intel ’s (INTC) disastrous earnings, which showed much softer demand from its corporate data-center customers. Days later, Advanced Micro Devices (AMD) posted good results overall but admitted it had started to see “mixed” trends from its enterprise customers, with some deals taking longer to close.

Buy The Economist Digital Subscription Save 70% Off

Then this past week, there was further evidence that the attitude from corporate technology buyers seems to be shifting. Like AMD, chip maker Analog Devices (ADI) reported solid earnings but said uncertainty about the economy had begun to hit business in recent weeks, with order cancellations rising slightly. Thus far, Analog Devices’ business has been more resilient than other semiconductor companies because of its exposure to the automotive and industrial segments, where demand has stayed strong. But the company’s newly cautious commentary is sparking fears that the weakness will soon cascade elsewhere.

There are other cracks that have begun to appear in some of the hottest growth areas, according to surveys Wall Street has conducted with purchasers of enterprise software. On Monday, UBS analyst Karl Keirstead said his latest conversations showed roughly half of his contacts saw “some likely pressure” for their data-analytics software budgets, adding it was negative feedback they weren’t getting in the past. A report from Morgan Stanley said the firm was hearing incremental weakness when talking to buyers of cloud marketing software.

To be sure, it wasn’t all bad news this past week. Earnings from Cisco Systems (CSCO) proved to be an outlier. On Thursday, Cisco shares jumped 6% after the networking and security products maker posted better-than-expected earnings.

In an interview with Barron’s, Chief Financial Officer Scott Herren said Cisco’s business may be more insulated and less correlated to other sectors than it has been in the past, adding that corporations have realized they can’t afford to delay upgrading their networking infrastructure in the modern economy. Cisco could prove to be the exception.

The market has looked past the broader deterioration over the past few weeks. Why? Because we might just be in the middle of a bear-market bounce in which fundamentals have been temporarily cast aside.

During a summer presentation to its clients, Coatue—a large technology hedge fund that has been able to avoid the massive losses suffered by some of its major peers—warned that declining markets are often punctuated by several sharp rallies. In one slide, the firm noted that the Nasdaq’s 70% decline from early 2000 to late 2001 had three rallies of roughly 30% or more.

My view is that the turnaround hasn’t yet arrived, given the recent data points on enterprise spending. It takes time for IT budgets to adjust to new business realities. We’ve heard plenty about hiring slowdowns. In the coming quarters, it’s likely we’ll see similar slowdowns in spending, as well.

Meanwhile, Coatue has told its clients to be patient in a perilous environment. The firm suggests buying long-term winners, while being disciplined on entry prices.

My list of winners starts with Microsoft (MSFT), AMD, Alphabet (GOOGL), and Taiwan Semiconductor Manufacturing (TSM). The stocks are well off their highs despite continued robust growth and strong market positions. They’re the Road Runners in today’s tech landscape.