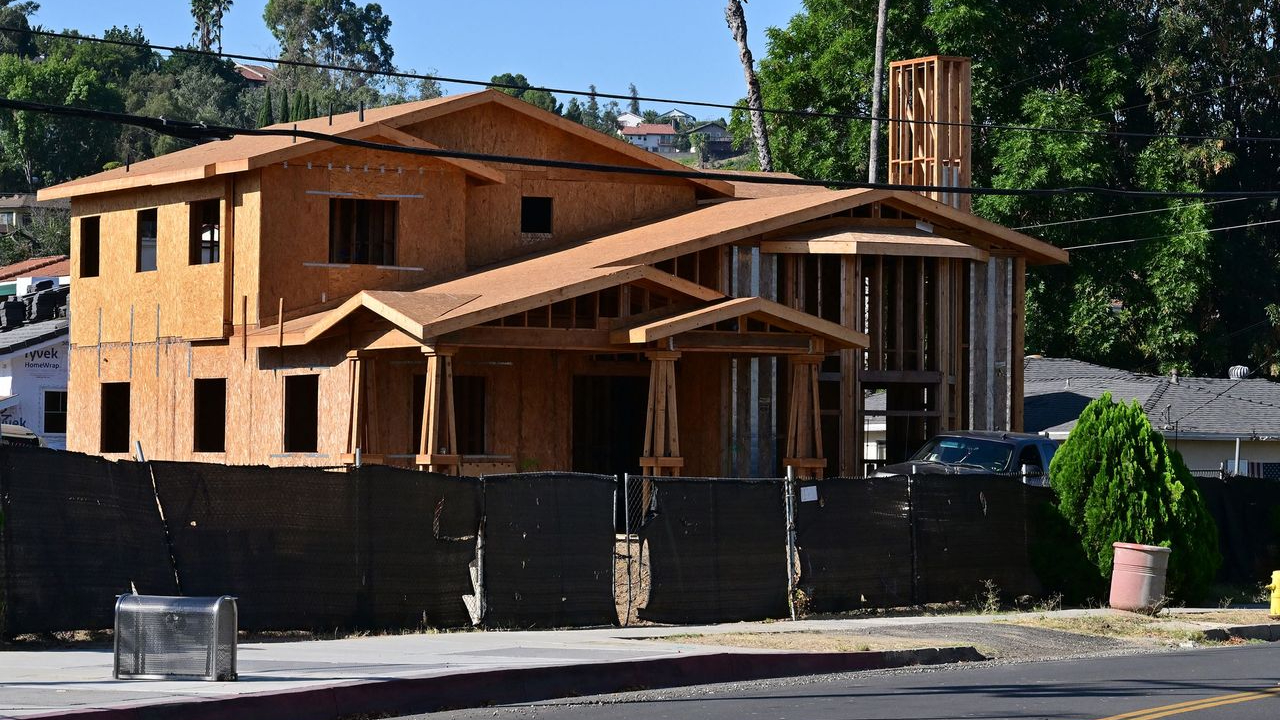 The U.S. housing market has entered an unusual and confusing phase. House prices and rents year over year continue to grow at historically high rates. But construction and sales activity are at the kind of lows that normally characterize a recession. Rents and housing-cost equivalents are more than 40% of the consumer price index and their rises are big contributors to inflation. Despite high prices, developers are walking away from deals, and firms are halting production mid-process. Sales activity is also falling. What is causing these seemingly contradictory outcomes?

Construction-industry profits are at a low, due to high input costs. Supply shortages are driving profits down by causing construction costs to rise faster than prices. New-construction inventory is growing. But the major source of for-sale home inventory is the pool of existing homes, and this inventory is still low.

The reason inventory is low is monetary policy. In an unintended result of the Federal Reserve’s ongoing round of rate increases, monetary policy is causing a locked-in effect that motivates existing homeowners to stay put. When interest rates rise, homeowners frequently decide to retain their attractive mortgage rate and not move to another home. Instead, they may do a home improvement, or simply stay in their current living situation.

Expected inflation contributes to demand, particularly from investors, who often use housing as an inflation hedge. But it also motivates homebuyers who wish to take advantage of still relatively low mortgage rates. While the average mortgage rate of nearly 5.9% may seem high, for those who are motivated to buy, mortgages are a one-way bet that they cannot lose. If rates continue to rise, borrowers can lock in at today’s rates and if they fall, they can refinance. Moreover, although rates have doubled since March, and are now the highest since November 2008, they are still low historically and, adjusted for inflation, lower. Rates and prices are making it harder for the average person to afford a home, but demand is high for those who can qualify. The share of the U.S. population ages 32-36, the largest segment, is at the prime age for home buying.

For home buyers who can afford monthly mortgage payments based on their income, coming up with a down payment is typically the hardest barrier to overcome. But that’s less so at the moment. Since the onset of the pandemic, households have accumulated several trillion dollars in incremental savings. This savings increase has enabled many households to weather the initial increase in inflation, and it has given them a buffer against the effect of rising prices. In addition, the investor share of home purchases, which is not affected by either constraint, is at an all-time high.

Nonetheless, existing home sales fell 20.2% from July 2021 to July 2022. Mortgage applications for purchase are down 23% as of early September. Many would-be buyers are finding it difficult to qualify for the standard mortgage, with affordability, in the National Association of Realtors index, at a 33-year low. For June 2022, the most recent Case Shiller data shows year over year house price rises of 18%, but Black Knight data show the national market is turning, with prices falling nearly 0.8% for the month of July. The median sales price, which reflects the composition of sales, is also decreasing. The median price reached $440,000 in the second quarter of 2022. In July, the median existing-home sales price was $403,800. Although this represents a 10.8% increase from a year earlier it reflects a $10,000 decline from June 2022’s record high of $413,800.

Amid this dynamic, Fed Chair Jay Powell indicated last month at Jackson Hole, Wyo., that monetary restraint would continue until it works. The Fed’s position matters because a decline in inflationary expectations and an overall slowing of the economy provide the path to easing housing markets’ supply shortages. When that happens, buyers will face potential price declines, with a whiplash effect in previous high-growth markets. A recession will cause mortgage rates to fall and will ease the lock-in effect, driving some homeowners to sell, since they will no longer fear losing their advantageously priced mortgages. Inventories will then grow in a self-reinforcing rise, as there no longer will be a reason to wait to list due to the lack of inventory. Inventory shortages are likely to reverse quickly and with that, price rises will reverse as well.

Already we see inventory of newly constructed homes rising to new highs, which is why the construction industry is in recession and new home prices are falling. The only good news is the resulting lower owners’ equivalent housing costs and rents will equate to a lower rise in the CPI. The resulting inflation relief will get us back to economic growth.