The SEC Opened an Investigation into Coinbase Crypto Lending Program 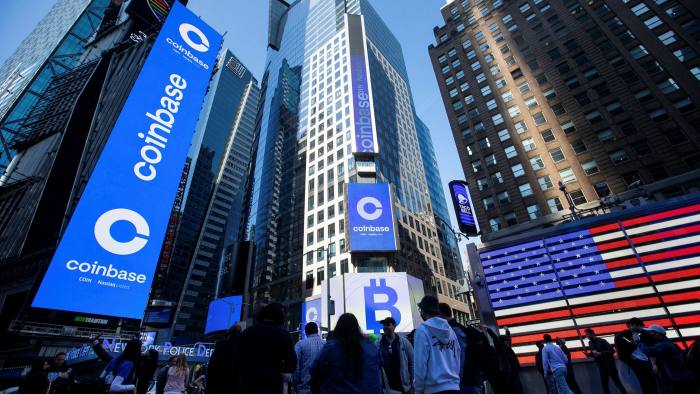 The Securities and Exchange Commission is investigating Coinbase Global Inc. COIN -3.23% over a lending program the company plans to market and has indicated it would sue the company over the offering, Coinbase COIN -3.23% said Tuesday.

Coinbase co-founder and Chief Executive Brian Armstrong disclosed the dispute in a series of tweets late Tuesday. He called the SEC’s actions “sketchy” and “intimidation tactics behind closed doors,” and said other crypto companies are able to offer such programs.

Coinbase’s lending platform would allow customers holding a stablecoin called USD Coin to earn interest by lending it to other traders. Stablecoins are crypto assets that are supposed to maintain a peg to national currencies, such as the dollar, and make it easier to swap from one crypto asset to another. Coinbase planned to eventually expand the program to include other cryptocurrencies.

The SEC indicated the activity would constitute a type of investment that needs to be registered with the government under investor-protection laws. Several state regulators, including in New Jersey, have accused other crypto lending platforms, including one offered by BlockFi Inc., of violating securities laws.

Regulators last week gave Coinbase official notice that they plan to take civil enforcement action over the program, the company wrote in a blog post. Public companies rarely disclose SEC investigations through blog posts and tweets, but crypto companies have become increasingly frustrated with what they view as the SEC’s zeal to regulate their industry.

Coinbase said its interactions with the SEC began about six months ago. An SEC spokesman declined to comment.

Coinbase disputes that its program would constitute an investment contract that should be overseen by the SEC. Mr. Armstrong tweeted that federal regulators wouldn’t explain their reasoning to Coinbase. Several U.S. Supreme Court opinions created the test for what constitutes a security, including one that addressed loans or notes that pay interest to investors.

“They refuse to tell us why they think it’s a security, and instead subpoena a bunch of records from us (we comply), demand testimony from our employees (we comply), and then tell us they will be suing us if we proceed to launch, with zero explanation as to why,” Mr. Armstrong wrote on Twitter late Tuesday.

In addition to talking to Coinbase, regulators “asked for the name and contact information of every single person” who signed up to use the program, Coinbase wrote on its blog. Coinbase said it would not offer the lending program until October at the earliest.

Some crypto companies in the past have complained that regulators won’t explain whether products should be classified as securities or some other type of asset. According to Coinbase, the SEC provided that answer, although it wasn’t the one the company wanted.

Some assets that look like investments may not be subject to SEC oversight if they are covered by another regulatory regime, said Rohan Grey, a professor at Willamette University College of Law. Crypto lending programs don’t appear to qualify for that exemption, he said, since they don’t comply with other regulatory frameworks, such as banking regulation.

“The clarity Coinbase wants now is not whether they should proceed or not,” Mr. Grey said. “What they want is for the SEC to essentially show its hand on their terms, so they can start the process of trying to go around the SEC or contesting the decision.”

Richard Levin, an attorney who advises cryptocurrency companies, said it isn’t clear that every lending program qualifies for SEC oversight. Litigation could provide some clarity, but courts historically show deference to regulators’ view of the law, he added.