The US Is Exporting Inflation, and Fed Hikes Will Make It Worse 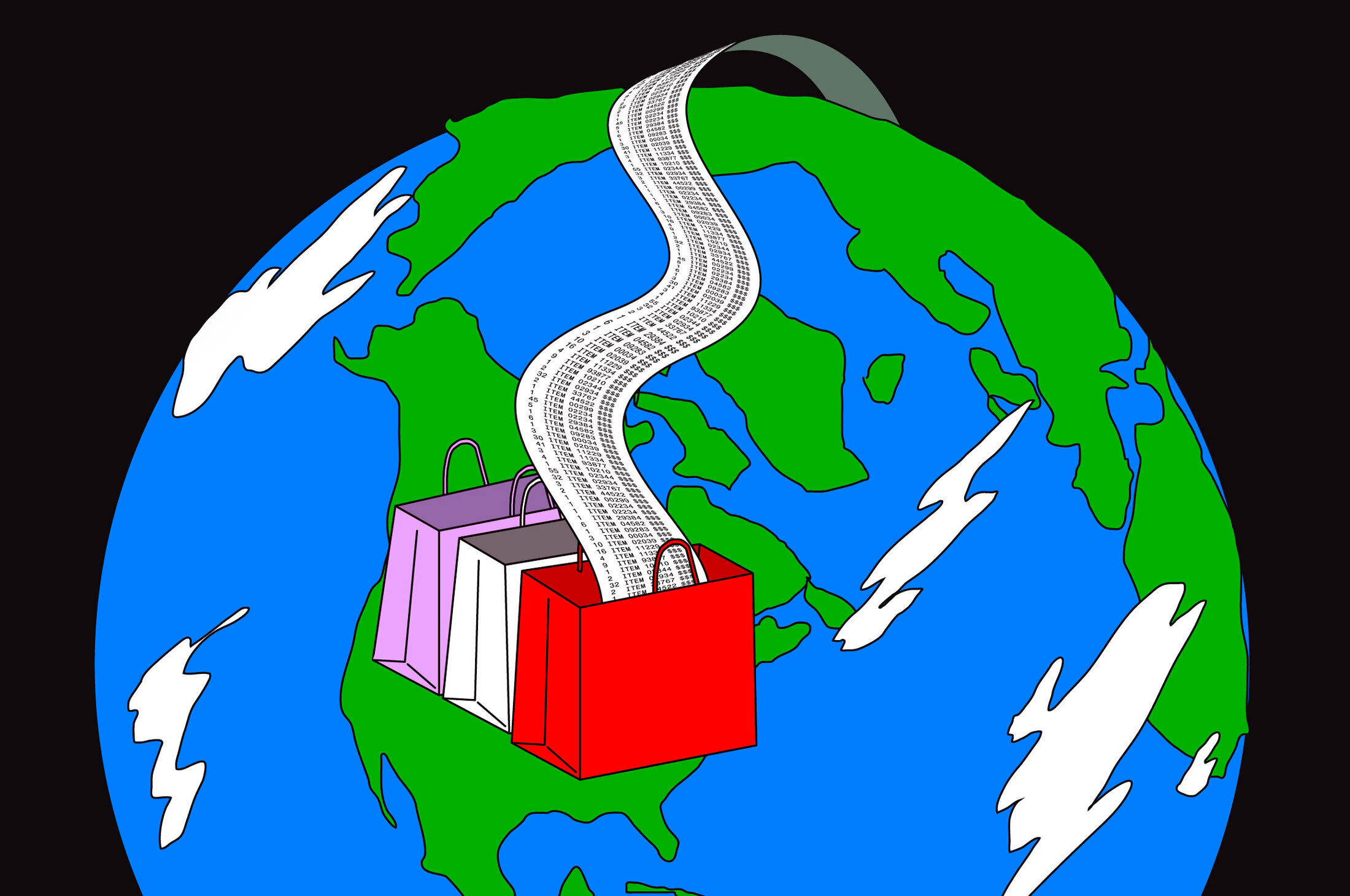 For decades, US households bailed out the global economy when it needed a consumer of last resort. America’s latest spending spree has come with a sting in the tail.

Stuck at home in the pandemic, people all over the world bought more goods—TV sets, laptops, and exercise bikes, to name a few—at the expense of services such as hotel rooms and gym memberships. The shift was significantly bigger in the US than in other rich countries.

Percentage-point change in share of consumer spending, from the fourth quarter of 2019

It’s been amplified by such retailers as Target Corp. and Walmart Inc., which piled even more stuff in their inventories than Americans wanted to buy. And since these goods are traded globally—with supplies constrained by Covid-19—US demand pushed up prices in other countries, too.

In effect, the US has been exporting inflation during its pandemic rebound.

That underscores a profound change in the global economy. In the pre-Covid world, goods were abundant and the challenge was finding buyers. Countries such as Germany and China, which ran big trade surpluses, often got blamed for free-riding on demand generated elsewhere and not chipping in enough of their own. By contrast, America’s trade deficits were seen as a boon for other economies.

In the new age of scarcity, that story has been flipped on its head.

“Everything is the opposite now,” says Jason Furman, an economics professor at Harvard. “There used to be too little demand. Now there’s too little supply. And in a world of too little supply, the country doing the most to generate demand, which is the US, is exporting its problem—its problem being inflation.”

Now there are signs that American consumers are dialing it back as the Federal Reserve ratchets up interest rates to cool the economy and combat inflation.

For the rest of the world, that may just create a different headache as the US switches to exporting inflation through another channel: the super-strong dollar.

With rates in the US rising much faster than in the euro zone and Japan, the dollar is soaring. Last week it breached parity with the euro for the first time in two decades. This makes goods imported from the US—and all kinds of commodities that are typically priced in dollars, notably oil—more expensive for other countries.

“US demand will be reduced, but the mechanism by which that will happen will also be responsible for a stronger dollar,” says Furman. “So this won’t necessarily resolve the problem of US-exported inflation for other countries.”

To be sure, consumer demand is just one cause of the worldwide spike in inflation—arguably not the main one even in the US, where Covid stimulus was largest. In Europe and elsewhere, energy and food costs are driving up inflation as Russia’s invasion of Ukraine exacerbates pandemic-induced breakdowns in supply chains.

Still, at least some of Europe’s inflation is a trans-Atlantic import, says Holger Schmieding, chief economist at Berenberg Bank in London.

“Not directly in the sense that we bought expensive things from the US,” he says. “But in the sense that the US, and their large demand following the stimulus checks, contributed to supply bottlenecks around the world—and to higher prices.”

Since pandemic inflation took off last year, the US has had more of it than Europe. Lately the gap has narrowed, but that doesn’t tell the whole story.

The two economies may have similar rates of inflation, but they have different kinds, with major implications for how central banks can tackle the problem. Much of the distinction boils down to how big a share of price pressures is homegrown.

In the US, hot household demand—chiefly for goods—has played a larger role. “That’s the kind of inflation that doesn’t disappear on its own,” according to Bloomberg Economics’ Ana Luis Andrade. This is one reason the Fed is expected to lift rates by much more than the European Central Bank will.

But if spending by American consumers is driving US inflation, at least that’s something the Fed can fix.

Monetary policy is a blunt instrument that reins in prices by lowering domestic demand. When inflation comes from outside, as almost all of it does in Europe, there’s a risk that higher ECB rates will just slow the economy without addressing the causes of high prices.

“It makes the job of the central bank much harder” in Europe, says Luca Fornaro of the Barcelona School of Economics, co-author of a recent paper that examined the links among the Covid goods-buying splurge, trade balances, and global inflation.

“It’s very clear that the Fed should hike, which will lead to a slowdown in activity—but starting from a high level, so it shouldn’t hurt that much,” he says. “In the euro area we have the worst of both worlds”: inflation high enough that it seems to require monetary tightening, and an economy barely strong enough to need cooling off.

ECB Executive Board member Isabel Schnabel has argued that officials still can’t afford to sit on their hands because they need to ensure that inflation expectations don’t get out of control.

As US demand eases, so will the pressure on supply chains, offering Europe some relief.

“Most of our inflation is caused by energy, commodities, and food, but it will help a little,” says Berenberg’s Schmieding. “It may dampen inflation by half a percentage point over the next 12 to 18 months.”

Pushing in the other direction is the soaring dollar. Currencies such as the euro and Japanese yen are at multidecade lows against the dollar. That means cheaper imports—and therefore lower inflation—in the US, and the opposite elsewhere.

Fornaro likens the situation to a “reverse currency war.” Instead of pursuing depreciation to boost exports, as many did before the pandemic, “what each country would like to do is appreciate its currency and run a trade deficit, which helps to contain inflation domestically.”

The US is clearly winning that contest. Asia, which like Europe relies heavily on external energy (China is the world’s biggest buyer of oil), is vulnerable. Chinese officials must pay attention to “preventing imported inflation,” Premier Li Keqiang warned last week.

Asian central banks have been restrained in raising interest rates compared with the Fed. That may amplify the inflationary impact of the dollar’s strength, according to Rob Subbaraman, head of global markets research at Nomura Holdings Inc.

The risk, he says, is that a widening gap in rates “fuels capital flight and sharper currency depreciation against the US dollar, adding even more inflation pressure.”