U.S. Gasoline Prices Are Climbing Again and May Get Worse 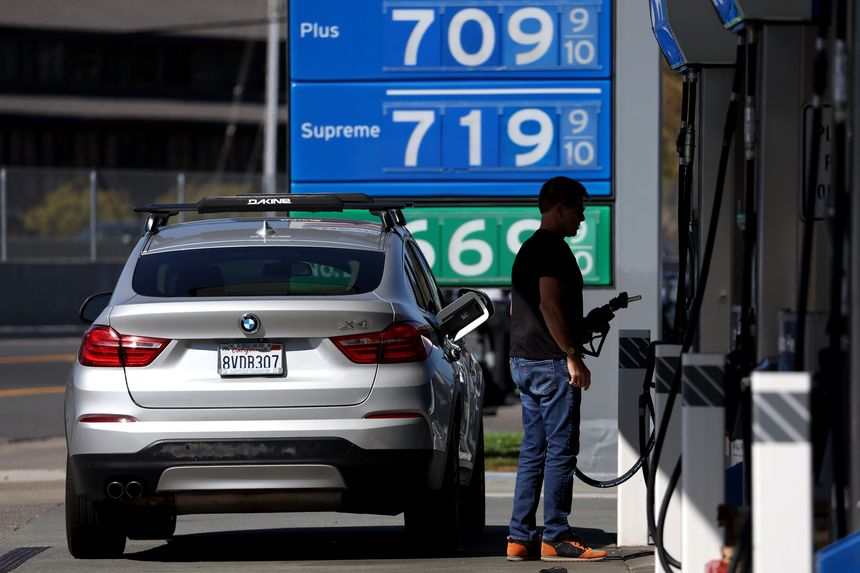 U.S. gasoline prices are ticking up after a roughly 100-day decline, threatening to inflict new pain on consumers who have been grappling with widespread inflation for more than a year.

Maintenance at fuel-making plants, more demand for gasoline and tight fuel supplies have contributed to a 14-day run of increasing gasoline prices. A gallon of regular averaged about $3.831 on Wednesday, according to OPIS, an energy-data firm that is part of Dow Jones & Co., publisher of The Wall Street Journal.

A decision by the Organization of the Petroleum Exporting Countries and its Russia-led allies Wednesday to cut oil production by 2 million barrels a day will further elevate prices, say analysts. The White House, calling the decision shortsighted, said it would explore measures to protect U.S. consumers.

Analysts don’t expect most drivers to have to contend with $5 gasoline as they did in June, in part because demand typically shrinks during the winter season. Still, prices are abnormally high for this time of the year, which is when refiners switch to producing winter-grade fuel blended with butane, resulting in lower production costs and cheaper fuel, said Richard Joswick, head of global oil analytics at S&P Global Platts.

The rise in gasoline prices comes weeks before November’s midterm elections. The Biden administration has made efforts to reduce consumers’ energy costs a priority. It has released millions of barrels of oil from the Strategic Petroleum Reserve, called on oil companies to produce more oil and fuel and, in recent days, hinted it could curtail exports of refined petroleum products.

But some of the key drivers behind rising gasoline prices are beyond the administration’s control, according to analysts. Scheduled and unplanned maintenance at refineries from Ohio to Washington have factored in a roughly 4% increase in average gasoline price in the past two weeks, analysts said. U.S. oil refiners on average used about 91.6% of their total fuel-making capacity in September, down from about 93% in August, according to the Energy Information Administration.

The downtime has further reduced an already shrinking production capacity. Since 2020, about 3 million barrels a day of global refining capacity has been shut permanently, including about 1 million in the U.S., according to the EIA. Gasoline inventories in the U.S. last week were down about 8% from a year earlier, at their lowest level since 2014.

Demand for the fuel has also increased slightly recently, putting additional strain on the tight supply, analysts said. Drivers consumed 8.77 million barrels of oil a day last week, about 2% more than the previous week, according to the EIA.

Prices vary widely across the country, due in part to planned maintenance and unplanned outages at refineries in certain regions. While retail gasoline prices in more than 20 states, mainly in the South and the Northeast, were under $3.50 a gallon on Wednesday, according to AAA, they reached $4.176 in Indiana and $6.425 in California.