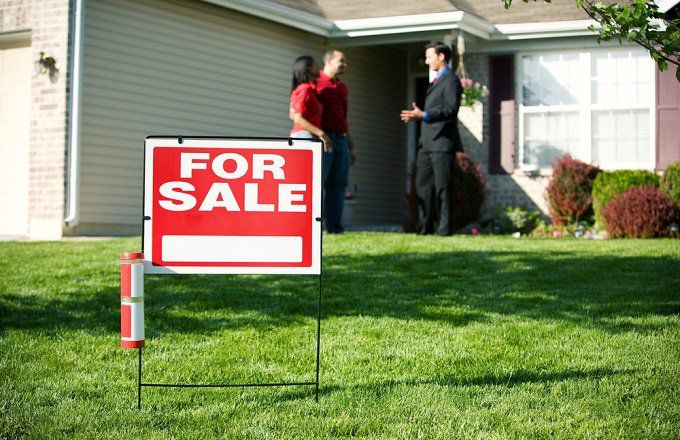 U.S. home prices soared to a new record in March while mortgage rates continued to rise rapidly, slowing home sales in what has been the hottest housing market in more than 15 years.

The rise of remote work and the pursuit of more space unleashed a powerful wave of home buying when Covid-19-related lockdowns started to ease in the middle of 2020. The frenzied housing market, supported by ultralow interest rates at the time, lifted home prices throughout the country. Homes for sale often stayed on the market for less than a month, and sometimes only days, while open houses could draw lines around the block.

Now, that frenzy is starting to ease and the volume of home sales is reverting to pre-pandemic levels, said Lawrence Yun, chief economist for the National Association of Realtors. With mortgage rates at 5% and back to their highest level since 2011, Mr. Yun said he expects home sales in 2022 to decline 10% from last year.

The combination of higher borrowing rates and an extremely low inventory of homes for sale has led some buyers to give up. Purchase mortgage application volume was down 3% last week from a week earlier and down 14% from a year ago, according to the Mortgage Bankers Association’s seasonally adjusted index.

“We do see a lot of serious, pre-approved buyers that were ready to go just a month ago, and now they’re not in the market anymore,” said Monika Prasai, a real-estate agent in San Diego.

But analysts expect home prices to keep climbing, due to limited supply. The inventory of 950,000 homes for sale at the end of March was down 9.5% from March 2021, NAR said. Many homes on the market still receive multiple offers.

Monique Nethercott and Grant Walker bought a three-bedroom home in Springfield, Ill., in March. It was listed for $225,000, and they paid $245,000. They also sold Mr. Walker’s home last month for $126,000 after receiving six offers within the first day of listing.

“In this market you know that there’s tons of offers,” Ms. Nethercott said. “You just have to accept the fact that you’re going to pay more than what it’s listed for.”

The spring is often the busiest season for home sales, with 40% of typical existing-home purchases occurring between March and June, according to NAR. Real-estate agents already see signs that activity has been picking up this spring compared with the slower winter months, but this spring’s sales are expected to fall short of the season’s torrid pace last year.

“The number of people who are in the market has been reduced, but so has the number of homes on the market,” said Robert Frick, corporate economist at Navy Federal Credit Union. “If mortgage rates rise much further, I think they will start becoming a factor, but I don’t think they’re a factor yet.”

Consumers already feel pessimistic about the housing market. Non-homeowners surveyed by the New York Federal Reserve in February said they had a 43.3% likelihood of owning a home in the future, down from 51.6% a year earlier and the lowest on record in data going back to 2014.

Only 24% of consumers surveyed by Fannie Mae in March said it was a good time to buy a home, less than half the rate a year earlier and a record low in data going back to mid-2010.

Entry-level buyers are having an especially tough time of it, in part because there are fewer available homes for sale at lower price points. The share of first-time buyers in the market fell to 30% in March, from 32% a year earlier.

While the sudden rise in mortgage rates is causing some buyers to peel off, others are acting before rates climb. Jerusha Marquis and Jamie Ferguson decided last year to move from Arizona to Ohio to be closer to Mr. Ferguson’s mother and to buy a home, which they couldn’t afford to do in Phoenix. During the month and a half they looked for a home to buy in Ohio, mortgage rates climbed from 3.75% to above 4%.

“We were totally freaking out,” Mr. Ferguson said. “We just thought it just wasn’t going to be our time.”

They ended up buying a ranch house in Ontario, Ohio, for $218,500 in March with a 4% interest rate, and they plan to move in June. “We feel like we’re very lucky,” Mr. Ferguson said.

Building activity has increased due to the strong demand, but builders have been slowed by supply-chain issues and labor shortages. Housing starts, a measure of U.S. home-building, rose 0.3% in March from February, the Commerce Department said this week. Residential permits, which can be a bellwether for future home construction, rose 0.4%.