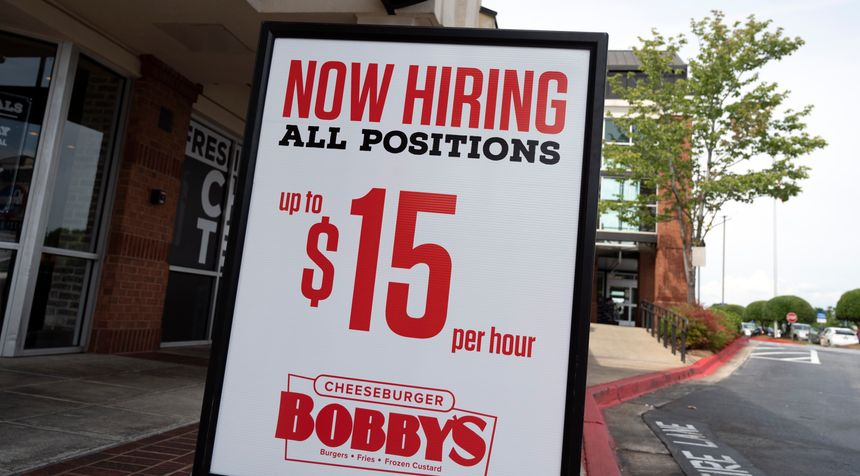 U.S. applications for unemployment benefits fell last week to the lowest level since the spring as many employers hesitate to lay off workers despite a slowing economy.

Initial jobless claims, a proxy for layoffs, decreased to a seasonally adjusted 193,000 last week from a revised 209,000 the previous week, the Labor Department said Thursday. The total was the lowest since late April and below the pre-pandemic average of 218,000 in 2019 when the labor market was also tight.

Continuing claims, a proxy for the number of people receiving ongoing unemployment benefits, decreased to 1.35 million in the week ended Sept. 17 from 1.38 million a week earlier.

The U.S. labor market has shown signs of strength despite cooling from a red-hot pace earlier in the year. Employers added 315,000 jobs in August. The unemployment rate—at 3.7% in August—remains near a half-century low of 3.5%. The labor participation rate ticked last month, meaning more people entered the labor market to fill historically high job vacancies.

There are nearly two job openings for every unemployed person seeking work. Federal Reserve Chairman Jerome Powell has said the ratio of job openings to unemployed workers must narrow to bring the labor market into better balance. The Fed aggressively raises interest rates to cool the labor market and rein in historically high inflation rates. In August, the consumer-price index rose 8.3% over the prior year, a slight slowdown from a recent high of 9.1% in June.

Some companies are pulling back on hiring and cutting head count. Gap Inc. is eliminating about 500 corporate jobs. Meta Platforms Inc. is planning to cut expenses by at least 10% in the coming months through staff reductions. Walmart Inc. said it would cut back on hiring seasonal workers for the winter holidays, looking to hire 40,000 temporary workers compared with last year’s goal of hiring 150,000 permanent workers for the busy shopping season and beyond.