Unemployment Claims in the U.S. Fall to 340,000, Considerably Low Despite Covid-19 Pandemic. 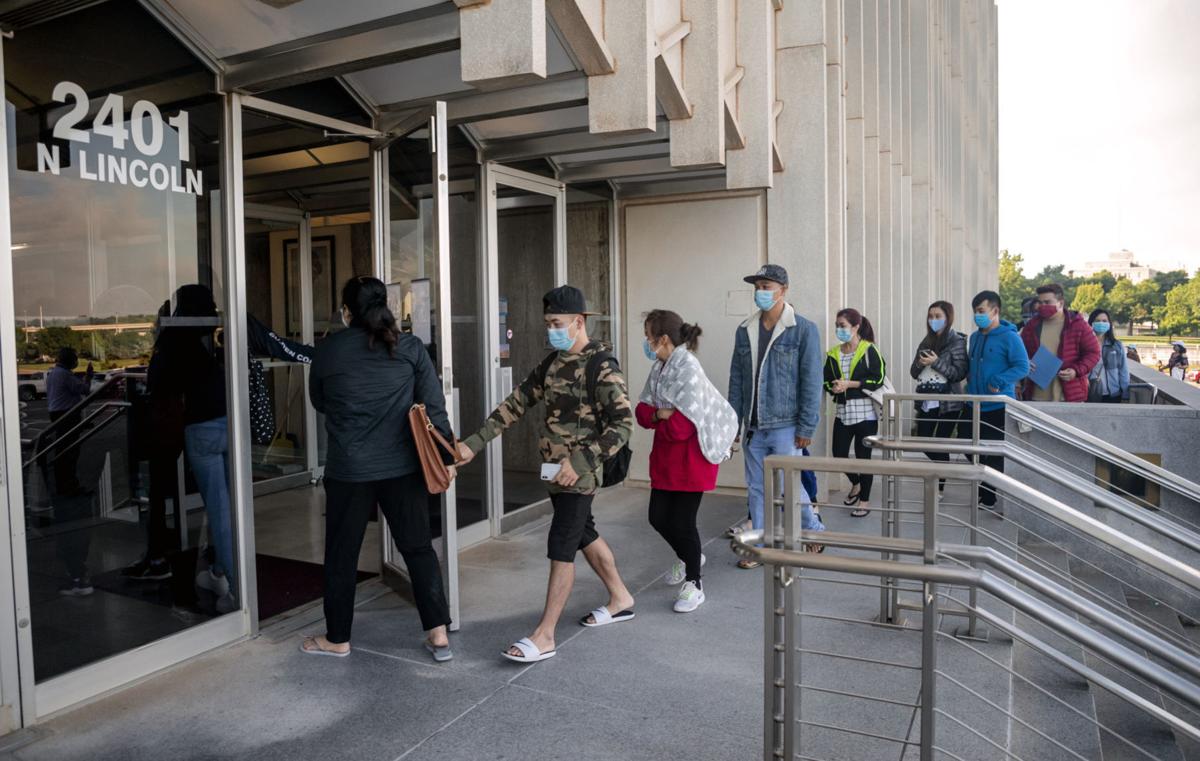 Raleigh, NC September 02, 2021-Businesses have kept layoffs in check despite concerns about Delta variant of Covid-19

Jobless claims fell to a new pandemic low as businesses held on to workers despite the surging Delta variant.

Initial jobless claims fell by 14,000 to a seasonally adjusted 340,000 in the week ended Aug. 28, the Labor Department said Thursday. That was the lowest level since the pandemic took hold in the U.S. in March 2020. The four-week moving average of claims, which smooths week-to-week volatility, fell to 355,000, also a pandemic low.

After briefly exceeding 400,000 in mid-July, claims have been trending near the lowest level since the pandemic began. That shows a rising number of cases and hospitalizations tied to the Delta variant of Covid-19 haven’t translated into increased layoffs. There are signs that the variant has dented consumer confidence and slowed spending growth, but many employers also report difficulty filling job openings, which touched record highs this summer, and maybe reluctant to let workers go.

“Claims once again weathered the Delta wave,” said Robert Frick, corporate economist at Navy Federal Credit Union. “That employers are laying off fewer workers is a testament to how Americans are steadfast in resuming normal lives and how desperate employers are to keep the workers they have.” He added that many employers report they are struggling to hire more workers, especially in the leisure and hospitality industries. Overall job openings touched a record high earlier this summer.

Still, there are other signs that fast economic growth in the U.S. is losing momentum. The U.S. trade deficit in goods and services shrank 4.3% from the previous month to a seasonally adjusted $70.1 billion, as imports of items such as toys, sporting goods, and cellphones fell and exports rose, the Commerce Department said Thursday.

The drop in imports came as consumers and businesses pulled back on purchases of imported goods in July amid rising Covid-19 cases.

The Labor Department report showed initial claims fell in most states last week. The number of continuing claims made to regular state programs, a proxy for the number of people receiving benefits through the most common entry point for jobless aid, fell by 160,000 to 2.75 million for the week ended Aug. 21, also the lowest since March 2020.

The claims data is consistent with other measures showing the labor market is healing from the pandemic downturn.

Economists estimate that U.S. employers added 720,000 jobs to payrolls in August—a modest deceleration from July but the third straight month of robust gains after the pace of hiring cooled in the winter and spring. The Labor Department will release the August jobs report on Friday.

The recent level of initial jobless claims is well below that during the spring of 2020 when millions of Americans sought assistance each week but remains above pre-pandemic levels. In 2019, an average of 218,000 claims was made weekly.

Despite solid hiring and declining layoffs, the labor market hasn’t fully recovered from deep losses suffered in the spring of 2020. As of July, there were 5.7 million fewer jobs in the U.S. than in February 2020, before the pandemic took hold in the U.S. Within that span, the number of people in the labor force—meaning they were working or seeking work—fell by 3.1 million.

Whether those workers return, and how fast, will influence the pace of the recovery. Some dropped out because of fear of contracting the virus or because of a lack of child care and could potentially return. Others retired or made lifestyle changes and don’t intend to seek work again.

About 12.2 million claims were made for continued unemployment benefits through all programs, including 9.2 million for two temporary federal pandemic programs, for the week ended Aug. 14, the Labor Department said. Those figures aren’t adjusted for seasonality. The number receiving assistance through pandemic programs rose in mid-August but is well down from a year earlier.

The federal pandemic programs pay aid to those not typically eligible, such as gig and self-employed workers, and those who exhausted benefits via regular state programs, typically capped at 6 months or less.

Those two programs are set to expire Monday, along with a $300 weekly enhancement to benefits paid under all programs. About half of the states have already acted to curtail all or part of the pandemic unemployment benefits. Federal officials said the $300 enhancement must end but said states had the option of using emerging funds sent from the federal government to extend other pandemic-related unemployment benefits.

A large number of Americans receiving ongoing unemployment benefits and the smaller workforce suggest that strong hiring and lower initial claims are masking the reality that millions are experiencing long-term joblessness. And those people are disproportionately Black and Latino women, said Michelle Holder, a Ph.D. labor economist at John Jay College in New York.

The Delta variant could increase hesitancy to take an in-person service job, such as at a restaurant or store, especially in communities where vaccination rates are relatively low, she said. The variant also erodes some parents’ confidence that schools will remain in session all year.

“The pandemic is still having a noticeable, negative impact on the labor market,” Dr. Holder said.