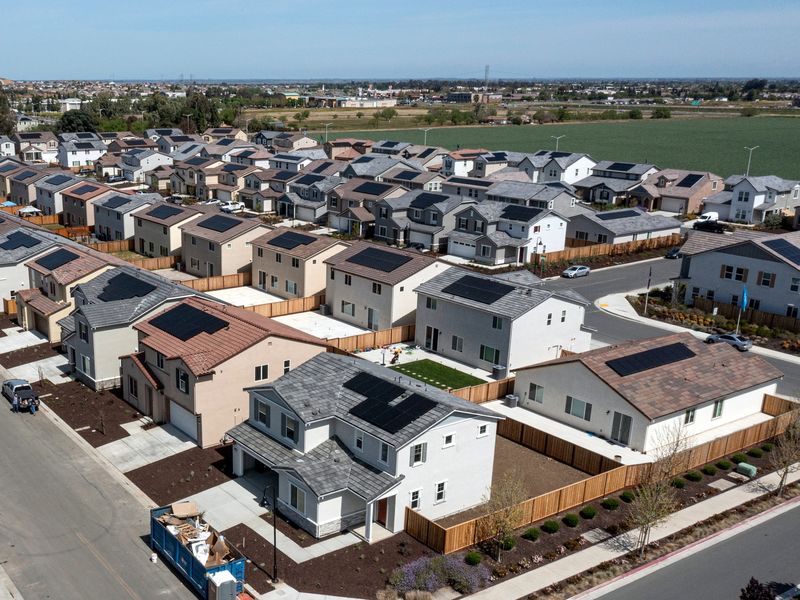 Home-price growth in 20 US cities picked up for the fourth straight month with Tampa, Florida, showing the biggest gains.

A measure of prices in those 20 cities climbed 21.2% through March following a 20.3% gain in February, the S&P CoreLogic Case-Shiller index showed Tuesday. All 20 cities reported double-digit price increases for the year ended March and prices in Tampa jumped 34.8%, according to a statement.

“Those of us who have been anticipating a deceleration in the growth rate of US home prices will have to wait at least a month longer,” Craig Lazzara, a managing director at S&P Dow Jones Indices, said in the statement.

Homebuyers are facing a worsening affordability situation with mortgage rates hovering around the highest levels in more than a decade. Further price appreciation threatens to add to the pain even as higher rates and economic uncertainty have started to soften the market slightly. Redfin Corp. said earlier this month that the number of sellers cutting prices hit the highest level since October 2019.

Tampa, Florida, led the US for home-price growth

The index, which is based on research from economists Robert Shiller and Karl Case, is an important gauge of the health of the US housing market in part due to its breadth of measurements around the US and the more than 27 years of historical data.

“The strength of house prices may come as a surprise given the surge in mortgage interest rates over the past couple of months,” Matthew Pointon, a senior property economist at Capital Economics, said Tuesday in a report to clients. “But note Case-Shiller takes an average of the price of homes sold over the previous three months (i.e. January to March), and back then, home demand was still strong.”

Nationally, prices rallied 20.6%, but S&P Dow Jones Indices’ Lazzara warned that a deceleration could be on the horizon.

“Mortgages are becoming more expensive as the Federal Reserve has begun to ratchet up interest rates, suggesting that the macroeconomic environment may not support extraordinary home-price growth for much longer,” Lazzara said. “Although one can safely predict that price gains will begin to decelerate, the timing of the deceleration is a more difficult call.”

With inventory still tight, an outright decline in price growth is unlikely, according to Capital Economics’ Pointon. He expects annual growth to slow to around 9% by the end of this year.