US Job Openings Rose in July as Hiring Accelerated 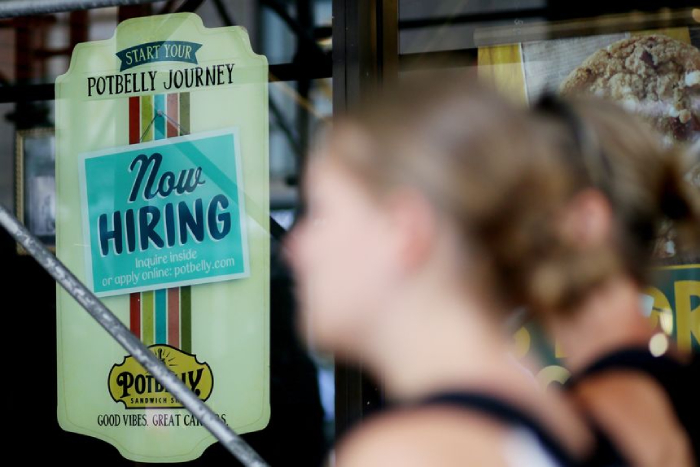 U.S. job openings rose in July as employers scooped up workers in a tight labor market.

The Labor Department on Tuesday said there were a seasonally adjusted 11.2 million job openings in July, up from the previous month’s upwardly revised 11 million. Job openings have remained elevated and above 10 million since the summer of 2021.

The jobs market remains strong, but some signs have pointed to slowing momentum as the Federal Reserve raises interest rates to tamp down inflation running near a four-decade high. The average pace of job growth in the first half of the year was slower than in all of 2021, and new applications for unemployment benefits have hovered near the highest point of the year in recent weeks.

Later this week, the Labor Department will report how many jobs the U.S. economy added in August and say whether the unemployment rate held at the 50-year low reached in July. The August employment report will include updated figures on wage gains, a factor driving high inflation.

Jobs site ZipRecruiter estimates there were about 10 million job openings through mid-August, down from the seasonally adjusted 11.2 million openings in June.

Several companies, including Ford Motor Co., Walmart Inc., Robinhood Markets Inc. and Redfin Corp., have said they are laying off workers or plan to shrink their workforce as they face declining business activity and rising interest rates.

“It looks like the Fed raising rates is killing demand across all sectors,” said Julia Pollak, chief economist of ZipRecruiter. “It’ll become easier to hire in the coming month while candidates become more likely to accept a job offer.”

The high level of job openings means that it remains easy for laid-off workers to quickly land a new job. But Ms. Pollak said that some job seekers have become more concerned about job security and more are worried that a job offer they received might be rescinded. The share of job seekers who have said they felt financial pressure to accept the first offer they received has also increased, she added.

Ms. Pollak said she expects the number of times workers quit their jobs, which reached 4.2 million in June, to remain elevated as a result of the impact of remote work. Quitting picked up in 2021 as job openings increased.

“Any person looking for a job before might have been limited to the three job openings in their neighborhood, but now they can apply for 3,000 remote job openings within their occupation nationwide,” Ms. Pollak said.

While the U.S. economy in July had recouped the 22 million jobs it lost at the start of the Covid-19 pandemic, the labor force remains smaller than it was in the beginning of 2020. The labor-force participation rate—the share of the population 16 years and older working or seeking work—also fell to 62.1% in July, below the 63.4% in February 2020.

“A lot of places are still understaffed, so even as the economy slows, that doesn’t necessarily mean that businesses are going to fire as many workers,” Ms. Swonk said.

George Pfeffer, a management committee member at DPR Construction, said hiring hasn’t slowed down as the company of roughly 10,000 workers tries to fill about 300 vacancies.

Mr. Pfeffer said demand for commercial construction projects remains robust and that his construction company expects to be chipping away at a backlog of work in the coming years. He added that his company will likely hesitate to lay off workers even as economic growth slows.

“Keeping our workforce employed for when things turn back up is way more valuable than laying them off and trying to find them again later,” Mr. Pfeffer said.