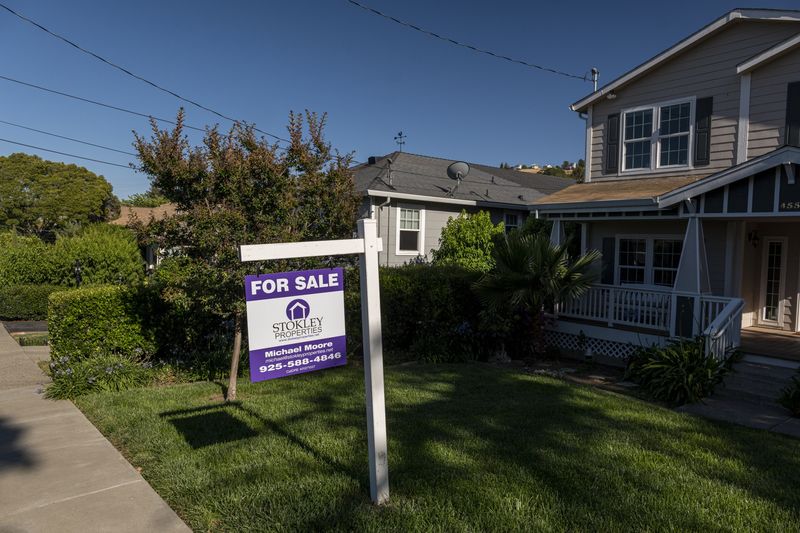 Soaring borrowing costs are starting to cool the US housing market as buyers struggle to find properties they can afford.

Mortgage rates in the US surged the most in more than three decades, ratcheting up pressure on would-be homebuyers and cooling the housing market.

The pandemic-induced housing frenzy has started slow from the breakneck pace of the last two years spurred in part by actions by the Federal Reserve to tamp down inflation. On Wednesday, the US central bank boosted its benchmark rate by three-quarters of a percentage point, the biggest increase since 1994, and officials signaled more hikes could be on the way.

“These higher rates are the result of a shift in expectations about inflation and the course of monetary policy,” Freddie Mac’s Chief Economist Sam Khater said. “Higher mortgage rates will lead to moderation from the blistering pace of housing activity that we have experienced coming out of the pandemic, ultimately resulting in a more balanced housing market.”

The new average is the highest level since 2008 and is almost double the 2.93% rate on 30-year mortgages last year at this time. An index that tracks homebuilders dropped Thursday morning after the mortgage data was released.

Both regular buyers and investors are contributing to the housing pullback. In the mid-Atlantic region, for example, houses aren’t flying off the shelves as fast as they have been in recent years. Even the luxury market has taken a hit with sales down 17.8% in the three months through April.

The abrupt shift in the market has left some real estate companies reeling. This week, Compass Inc. and Redfin Corp. both announced hundreds of layoffs. Redfin Chief Executive Officer Glenn Kelman said they could be facing “years, not months,” of fewer sales and acknowledged that May demand was 17% below expectations. US homebuilder sentiment fell to a two-year low in June, according to data released Wednesday.