US to Send Nearly $3 Billion Security Aid Package to Ukraine 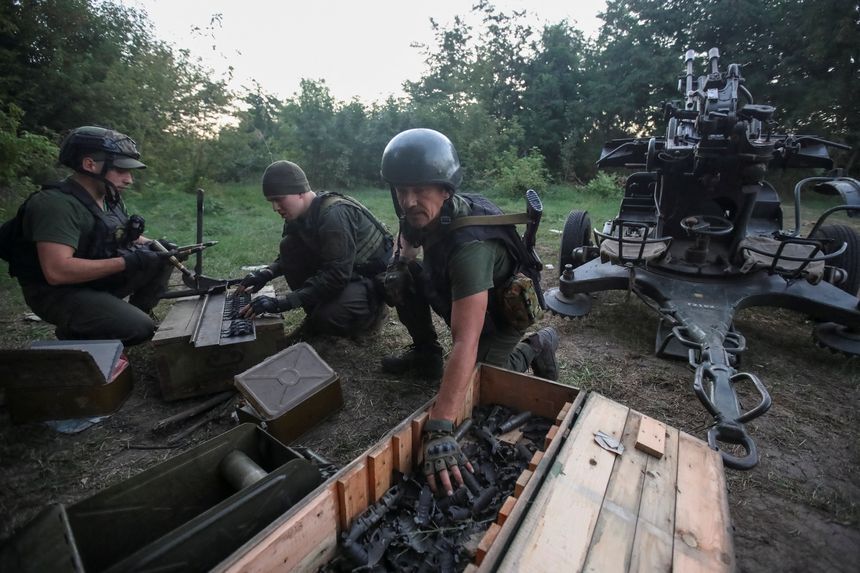 The US will send nearly $3 billion more in security aid to Ukraine, the biggest weapons-assistance package from the U.S. to the country yet, the White House said Wednesday.

The package, which amounts to a financial commitment by the US to support Ukraine militarily for months ahead, will include air-defense systems, artillery systems and munitions, counter-unmanned aerial systems and radar, the White House said. It also includes funding to train Ukrainian forces for months on how to use Western weapons, defense officials said.

“Today and every day, we stand with the Ukrainian people to proclaim that the darkness that drives autocracy is no match for the flame of liberty that lights the souls of free people everywhere,” President Biden said in unveiling the package and marking Ukraine’s Independence Day.

Ukrainian President Volodymyr Zelensky thanked Mr. Biden and the American people for both their congratulations and the security assistance.

“The people of Ukraine, all our defenders highly appreciate [America’s] unwavering support,” he wrote on Twitter. “Together we will win!”

The announcement marked the 19th aid package since Russia invaded Ukraine exactly six months ago, packages that total nearly $11 billion. Among the most consequential weapons the U.S. has sent to the Ukrainians are at least 16 long-range rocket systems known as Himars, which have enabled Ukrainian troops to strike Russian targets from further behind the front lines, including ammunition and fuel depots.

Despite thousands of casualties, including as many as 80,000 Russian troops wounded or killed, according to U.S. estimates, the two sides have made scant territorial gains in recent weeks along fronts in the east and south of Ukraine.

U.S. and Ukrainian officials have warned that Russia could launch a major attack Wednesday when Ukraine marked its 31st year of independence from the Soviet Union and the war hit its six-month mark. Stores shuttered and some cities enforced new curfews as a precaution. But by midafternoon, no major attacks had been reported. Instead, Ukrainian forces overnight struck an ammunition dump in Russian-occupied Tokmak, a transport hub in the southern Zaporizhzhia region, Ukrainian officials said.

In Kyiv, Mr. Zelensky struck a defiant tone in an address to mark Ukraine’s Independence Day, saying Ukrainians would liberate all their lands from Russia.

“What is the end of the war for us? We used to say: peace. Now we say: victory,” Mr. Zelensky said.