When Is Tesla’s Stock Split, and What Does It Mean for Investors? 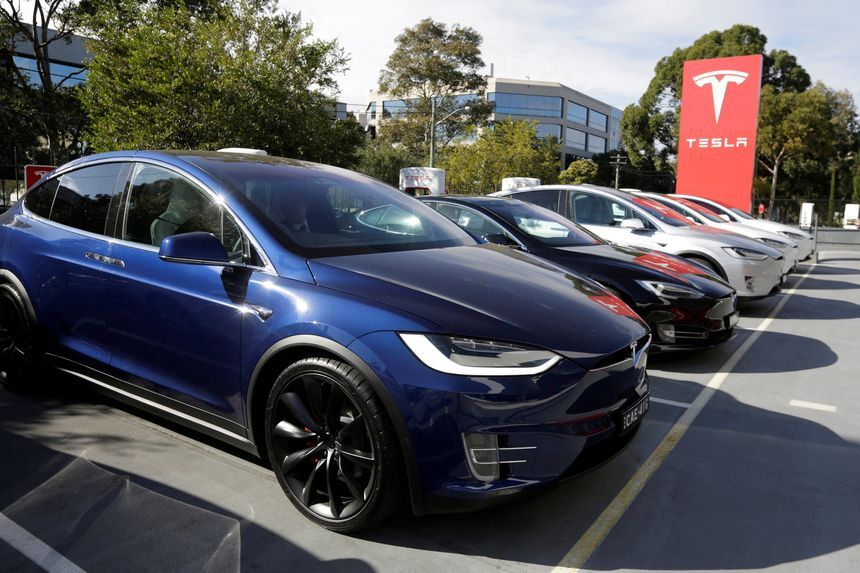 Tesla Inc. will split its stock this week, the latest megacap company to divide its highly priced shares this year in a bid to make them more accessible to investors.

Stock splits have declined in popularity over the years, but Amazon.com Inc. and Google parent Alphabet Inc. also split their stocks in 2022. Investors often interpret such plans as signals of confidence by management.

Shares of Tesla have climbed about 25% since the electric-vehicle company announced plans June 10 to split its stock. Shareholders cleared a path for the stock split at their Aug. 4 annual shareholders meeting, and the vehicle-maker unveiled the terms of the split Aug. 5.

Despite the rally, Tesla shares are down roughly 18% this year, struggling amid the broader market downturn as rising interest rates made investors take another look at richly valued growth companies.

What does the Tesla 3-for-1 stock split mean for investors?

esla will split its stock Aug. 24. Shareholders as of Aug. 17 will receive what amounts to a dividend of two additional shares for each share they own. Trading will begin on a split-adjusted basis Aug. 25.

For example, an investor who owned 10 shares of Tesla before the split would own 30 shares after, with the share price divided by three.

Nowadays investors can also trade partial shares of pricey stocks. Clients of Charles Schwab Corp., for instance, can buy a fraction of a share of S&P 500 companies for as little as $5.

Does this make Tesla more valuable?

No, stock splits don’t affect a company’s total market capitalization because the price of each share will reflect the split. Tesla’s market value topped $908 billion as of Monday’s close.

However, short boosts in stock price performance historically accompany splits. Since 1980, stocks that have split have typically gained about 25% one year after the move, compared with the broader market’s 9% increase, according to a Bank of America Corp. analysis as of March.

Has Tesla split its stock before?

Yes. Tesla enacted a 5-for-1 stock split about two years ago—and investors immediately piled in. On Aug. 31, 2020, when shares began trading on a split-adjusted basis, investors bought a net $209.3 million of its shares versus $156.5 million in the previous session, according to VandaTrack data.

What happens to options bets?

Options contracts owned at the time of the split are recalculated through a process known as “being made whole.” The Options Clearing Corp. has rules and procedures to modify contracts so that the holder isn’t affected by the split. The contract is adjusted to reflect the new price and number of shares, but its value remains the same.

What does this mean for the stock market?

The S&P 500 is weighted by companies’ market value, so a split wouldn’t directly affect Tesla’s weighting in the index.

Tech’s Rally Is Too Good to Be True. Why the Nasdaq Looks Due for Another Fall.