World’s Emergency-Lending Capacity Is Getting Stretched as Crises Deepen 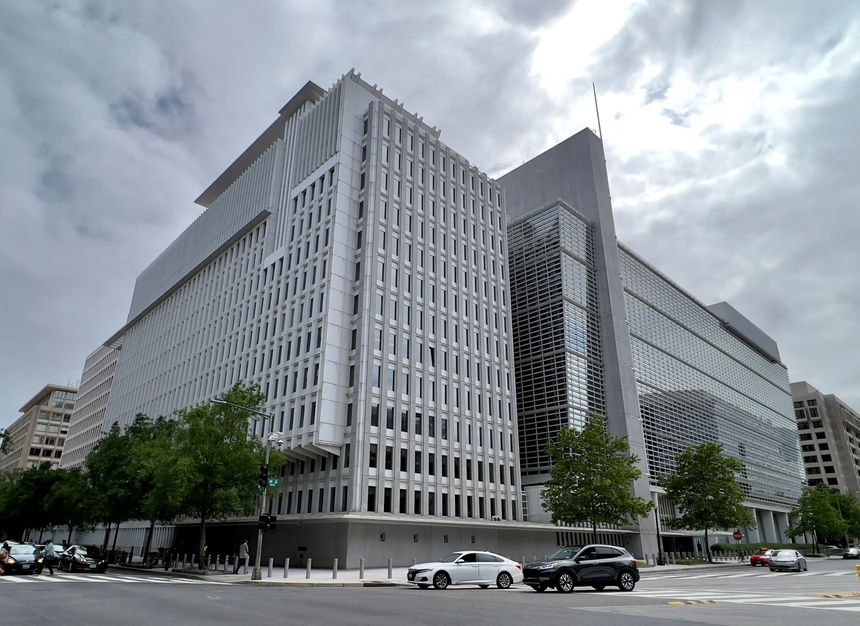 Rapidly rising interest rates are squeezing the flow of private capital to the world’s poorest countries. The problem is that the preferred alternatives—the International Monetary Fund and World Bank—are getting quickly committed.

Lending by the pair has reached a record as they help poor and emerging countries cope with the pandemic, soaring energy costs and the fallout from Russia’s invasion of Ukraine.

Government officials gathering in Washington for the two institutions’ annual meetings this week, while trying to support countries in trouble, are being asked to ensure they have enough capacity to respond to future emergencies.

The number of developing nations in or at high risk of debt street is growing.

The IMF has committed $258 billion to 93 countries since the onset of the pandemic, and an additional $90 billion to 16 countries since Russia’s invasion of Ukraine. Not all committed funds have been lent out. At the end of September, the IMF had a record $135 billion of loans outstanding, up 45% from 2019, and more than double the amount in 2017.

“At the moment, there is no big emerging-market crisis and they have the capacity, but they are going to be very stretched if we head into more turbulent waters,” said Kenneth Rogoff, a Harvard economics professor and a former chief economist for the IMF. “If China were to come to the IMF needing a program, or the United Kingdom or some large country, suddenly, they’d be cash strapped.”

Meanwhile, total lending by the World Bank has risen 53% since 2019 to a record $104 billion by September.

Demands on both institutions could mount. Higher energy and food prices caused by Russia’s invasion of Ukraine have driven up the cost and pinched the supply of food in poor countries. The Fed’s rapid interest-rate increases have raised costs of those that borrowed in dollars, and forced many emerging-market central banks to raise their own interest rates to limit currency depreciation and even higher import prices.

Emerging markets are now struggling to borrow from private lenders. Their governments issued $88 billion of debt through Sept. 30 this year, just over half the level in the equivalent 2021 period and the smallest since 2015, according to Dealogic. Companies unable to roll over foreign debts are at risk of bankruptcy.

More than 60% of low-income countries—defined as the roughly 70 nations that qualified for a global debt-payment suspension program—are in distress, unable to meet their financial obligations, or at high risk of debt distress, double their 2015 levels, according to the IMF.

“This raises the risk of a widening debt crisis in these countries—harming their people, as well as global growth and financial stability,” Kristalina Georgieva, the IMF’s managing director, said Thursday.

This year, the world’s 73 poorest nations owe $44 billion in debt service fees to bilateral and private lenders, more than they receive in foreign aid.

“Debt service is taking away from the resources they would have for health, education, social protection, for climate, and importantly for growth,” David Malpass, World Bank president, said Friday.

The stretched state of the institutions in part reflects a shift in their behavior. The IMF historically made short-term loans in exchange for recipients’ pledges of spending cuts and policy overhauls. But in recent years, it has sought ways to lend higher amounts and to more countries without such conditions, including emergency lending during the pandemic.

Just last week the IMF approved a new loan program to provide billions of dollars to address food shortage in countries like Ukraine. It is also experimenting with a long-term development aid program called the Resilience and Sustainability Trust that carries a 20-year maturity.

Total outstanding lending to all countries by the IMF

The IMF says it still has plenty of resources to lend. Last year, it issued $650 billion in special drawing rights—roughly equivalent to a commercial bank issuing new shares—to member governments. It was the IMF’s largest such issuance on record and the first since 2009.

As a result, Ms. Georgieva said the IMF’s total lending capacity is about $1 trillion, of which less than a third of that is currently deployed. “Both the IMF and the multilateral development banks have financial capacity, and we are stepping up,” she said in a speech in Washington Thursday.

Some economists want the IMF to refocus its efforts on short-term lending, rather than acting like a development bank, for which it lacks personnel and expertise.

“Now with a potential of a global recession and many countries having bouts of payment problems, they need to go back to their original function,” said Danny Leipziger, professor of the practice of international business at George Washington University and a former World Bank official. “They are the lender of last resort.”

Treasury Secretary Janet Yellen on Thursday proposed to expand the lending firepower of the World Bank and other international development banks. The proposals included allowing the bank a greater use of guarantees and insurance products to encourage lending by private lenders, and freeing up capital for new lending by securitizing existing private-sector projects or portfolios.

“The resources available to these banks are scarce and must be used most effectively,” Ms. Yellen said. Her proposals followed a review of the World Bank’s capital adequacy by the Group of 20 major economic nations.