Zillow Projects Huge Growth for Its iBuyer Business. Why the Stock Is Slipping. 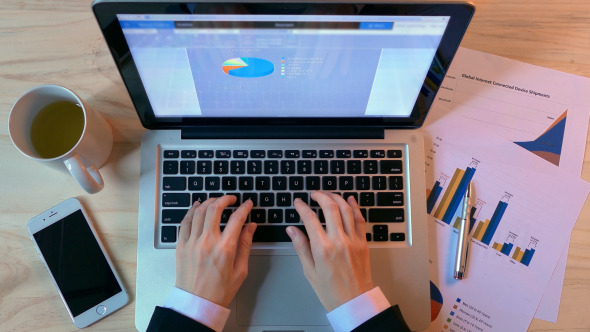 Continued growth in the U.S. residential real estate market continues to drive strong growth at Zillow, with boom times emerging for its iBuyer business, which buys and sells houses directly to consumers. But the stock is trading lower, as the company’s investment in the business holds down profitability in the near term.

For the June quarter, Zillow Group (ticker: ZG) posted revenue of $1.3 billion, up 70% from a year ago, and about in line with Street estimates. Revenue from the company’s IMT segment—an acronym for internet, media and technology, which includes the company’s core Premier Agent service—was $476 million, up 70%, and slightly ahead of Street estimates.

Zillow Homes, the iBuyer segment, had revenue of $777 million, up 71%, and ahead of the Street consensus at $751 million, while mortgage revenue of $57 million was up 68%, but slightly below estimates.

In an interview with Barron’s, CEO Rich Barton said the company’s iBuyer business is “really accelerating,” despite the fact that sellers have many options for selling homes in what remains a hot market with limited supply. “It speaks to how horrible the normal process for selling your house is,” he says. “Once people are convinced that we offer a fair price, it is pretty rapid to get to yes.”

Adjusted Ebitda, or earnings before interest, taxes, depreciation, and amortization, was $182.7 million, up from $15.8 million a year ago.

In a letter to shareholders, Zillow proposed that investors use “gross profit” as a measure of the company’s performance, a metric it had not previously provided. (Basically it is revenue less costs of goods sold.) For the quarter, gross profit was $538 million, up 92%. GAAP net income in the quarter was $10 million, or 4 cents a share, falling shy of the Street consensus at 24 cents.

Zillow said it purchased 3,805 homes in the quarter—the most the company has ever purchased in a single quarter by a wide margin—while selling 2,086 homes. Zillow now has 3,142 homes in inventory, more than double the total at the end of the first quarter.

Barton says the higher inventory simply reflects more activity —the company’s goal is to keep its holding period to 60 to 90 days, and ideally “for as short a period as we can.” He says Zillow does light remodeling to get homes ready for sale, and then looks for a buyer. “We’re not a holder of assets,” he says. “But if we’re growing, then inventory is growing. It’s a pretty good look at what revenues are going to be next quarter.”

The company sees adjusted Ebitda for the quarter of $94 million to $126 million, down from the second quarter as it accelerates investment in people, technology, and development, with higher sales and marketing costs.

“Two and half years ago, we made a big bet to evolve from a search-and-find real estate marketplace to participate in the real estate transaction itself,” the company said in the letter. ”Despite some monumental curveballs like a global pandemic, we are on track with each of the three-to five-year growth objectives we set for ourselves in early 2019.”