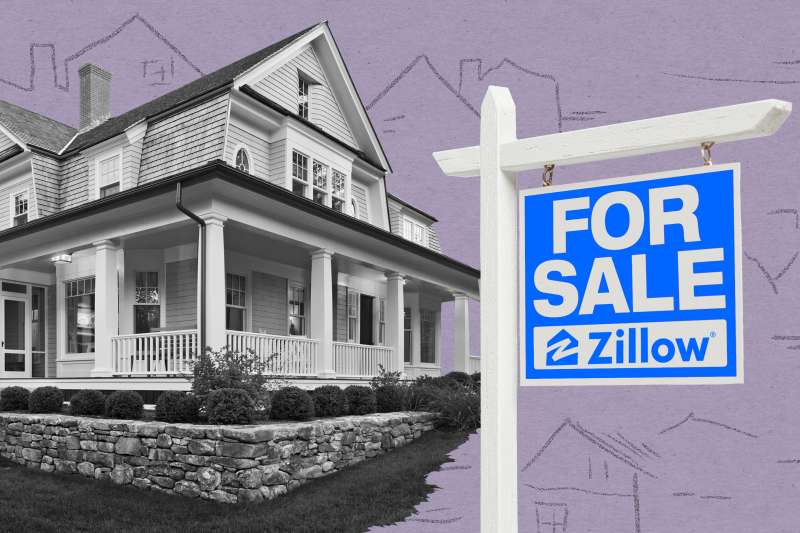 Shares of the real estate company fell 9.8% in after-hours trading Thursday after the report.

Zillow reported revenue of $4.3 billion in its first quarter, beating consensus estimates gathered by FactSet that called for revenue of about $3.4 billion. The better-than-expected result was driven by $3.7 billion in revenue in the company’s Homes segment, which contains Zillow’s so-called iBuying program in which the company purchased and sold houses. Last autumn, Zillow announced that it would discontinue its iBuying operations.

Zillow sold more homes purchased through the program than it expected to in the first quarter. The company said in a letter to shareholders that it sold 8,981 homes in the quarter at a higher price than anticipated. “Our faster-than-expected resales of homes in inventory and better-than-expected cash flow from the wind-down allowed us to pay off all iBuying-related asset-backed debt on our balance sheet at the end of April, earlier than we anticipated,” Zillow CEO Rich Barton and CFO Allen Parker wrote.

The company said it ended the quarter with about 1,300 homes in inventory; of those, about 100 aren’t yet under contract to be sold, according to the letter.

Zillow’s forecast for the second quarter fell short of expectations. The company, citing macro trends in the housing market, said it sees second-quarter revenue between $903 million and $1.03 billion. Analysts tracked by FactSet expected the company’s outlook to come in at around $1.83 billion for the second quarter.

Zillow says it expects revenue in its Internet, Media, and Technology segment to be between $472 million and $492 million in the second quarter, lower than analyst expectations of $523 million, according to FactSet. Broader housing market trends, like rising home prices and mortgage rates and lower for-sale listings growth, “are making it harder for customers to transact and also affecting our partner network,” Zillow said.

The guidance comes as home affordability worsens in light of rising mortgage rates and still gaining home prices. The average rate on a 30-year fixed mortgage this week was 5.27%, Freddie Mac said today, its highest rate since 2009.